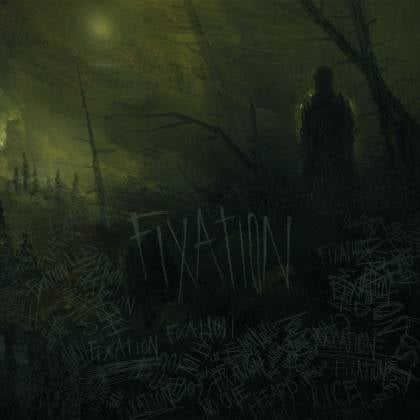 THE EMBER, THE ASH

Blackened deathcore is a niche that many have explored over the last decade. THE EMBER, THE ASH began with more straightforwardly black intentions but have embraced deathcore's grooves and sledgehammer impact along the way. The result is a sound that strives to exploit the best of both worlds, and does so pretty well for the majority of "Fixation". You might reasonably argue that there is nothing wildly original going on here, but as the Canadian band's second full-length progresses, it becomes gradually apparent that they are still evolving and shoulder barging the outer limits of an otherwise fairly restrictive sonic identity.

The first few tracks work as finessed upgrades to the formula laid down on the first ABIGAIL WILLIAMS albums, a staggering 13 years ago, but with plenty of contemporary crunch and deathly swagger. In particular, opener "Strychnine" is a dazzling example of the form, even without any major surprises. Similarly, the title track is a sophisticated blend of bench-pressing steroid metal and haunting, ice-blasted discord. Things really start to get interesting during "The Colossal Void", wherein THE EMBER, THE ASH sound liberated from a mosh-centric formula, immersed in thick waves of pulsing darkness and infused with hazy, post-metal sensibilities. "A Growing Emptiness" is even more absorbing, as the band's hybrid seems to mutate in real time, puking up a dense atmosphere of existential dismay in the process. The closing "Conscious Torn from the Void" is the real revelation here, however. Ten minutes of strident and progressive black metal, with just a hint of deathcore's precise battery underpinning certain sections, it's a grandiose and breathlessly confident slab of symphonic horror.

Blessed with a production that favors infernal squall over the immaculate squeak of a Pro Tools grid, "Fixation" loudly demonstrates its creators' allegiance to the dark side. Far more than any of their blackened peers, THE EMBER, THE ASH make this willful combining of disparate elements sound like the most natural thing in the world. There might still be a few too many breakdown riffs for the average ARCHGOAT fan, but you can't win 'em all. And if that closing track is anything to go by, the band's next album promises to be something special.