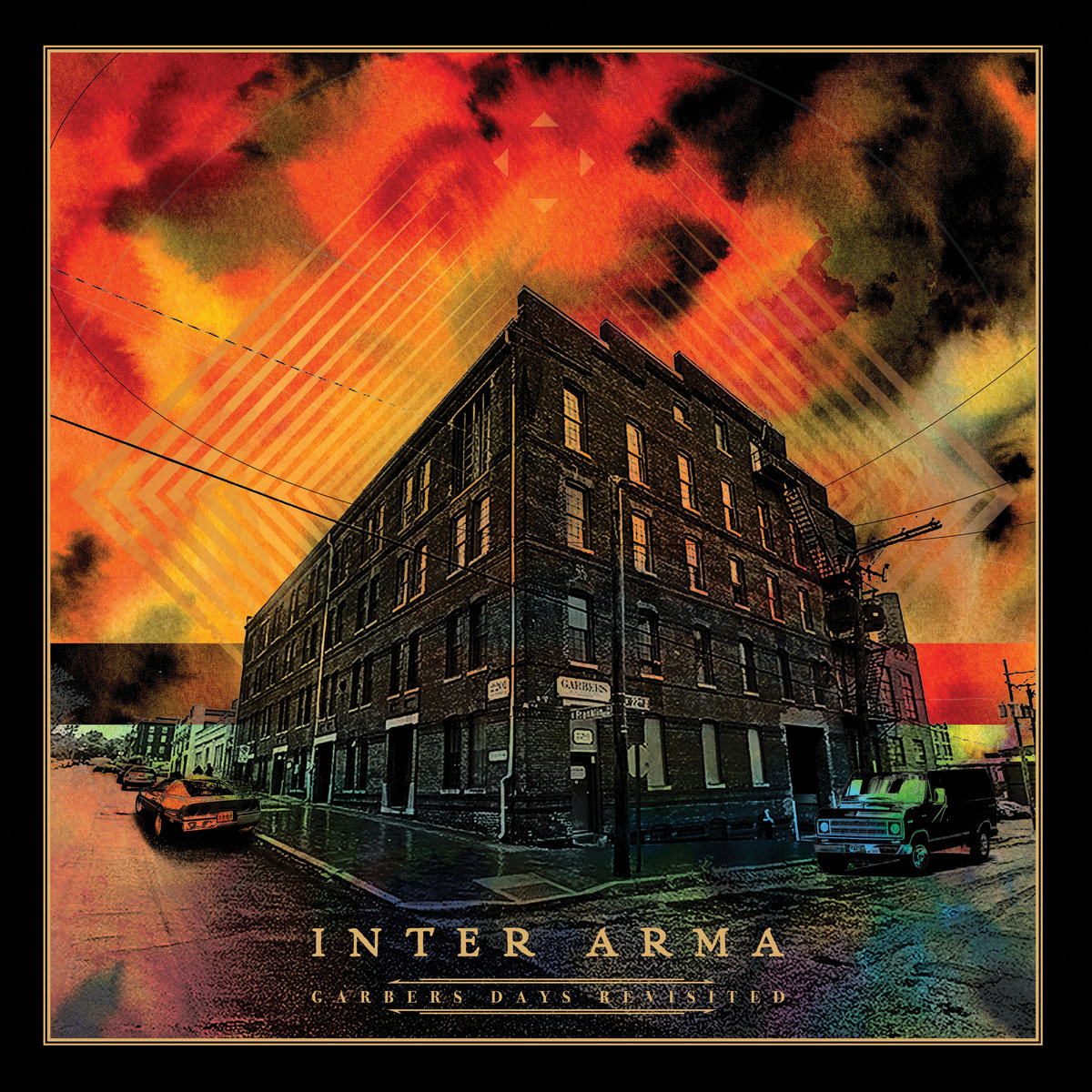 Covers albums are curious things. Wildly variable in quality and often a lot less revealing than we might hope, they can be cynical, lazy stopgaps or heartfelt and fascinating detours. INTER ARMA seem like the kind of band to deliver the latter, rather than assailing us with a handful of self-consciously wacky '80s pop covers (although, of course, PRINCE's "Purple Rain" fits the bill to some degree),and so it proves on "Garbers Days Revisited": eight thunderous renditions of songs by the aforementioned Purple One, MINISTRY, Neil Young, CRO-MAGS, NINE INCH NAILS, HÜSKER DÜ, VENOM and Tom Petty. It's a respectable and enjoyably diverse spiritual guest list, and one that goes some way to explaining the genre-flaying idiosyncrasies present in INTER ARMA's own music.

How much you enjoy this bullish march through inspirational territory will probably depend partly on how well you know the original versions of these songs. Fortunately, INTER ARMA don't play everything straight and faithful, and even if you have some weird aversion to Neil Young, it seems likely that the Virginians' interpretation of "Southern Man" will be sufficiently heavy and weird to lure you in. A breathless clatter through CRO-MAGS"Hard Times" leaves no room for critical maneuver. It's one of the all-time great metallic hardcore anthems and INTER ARMA give it a vigorous kicking. Likewise, both "In League With Satan" and "March Of The Pigs" sound like spontaneous ideas brought to life in sweaty rooms, with little regard given to dismantling blueprints. Petty's "Runnin' Down A Dream" hardly requires tinkering with either: a simple melodic joy, executed here with just the right amount of respect. HÜSKER DÜ's "The Girl Who Lives On Heaven Hill", on the other hand, receives a brutal noise-grind disembowelment, with shiny hooks still intact at the heart of an infernal death spiral.

For those who sensibly thrilled to INTER ARMA's most recent studio record, "Sulphur English", it will be the opening cover of MINISTRY's "Scarecrow" that makes the most sense. It's an utterly crushing rendition of one of the heaviest industrial rock tracks of all time; the original's mechanistic gait replaced with the lurching, muscular threat of an all-organic four-piece.

And then there's "Purple Rain". To their credit, INTER ARMA give it a good crack, sticking to the script and playing with heart, soul and heft on full display. If it occasionally sounds like the birth of sludge karaoke, that's all part of its charm; and that climactic guitar solo gets robustly nailed for maximum power-ballad points.