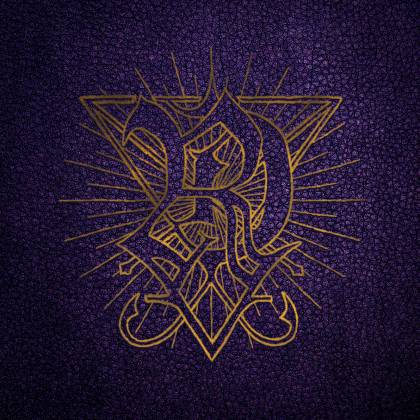 Give In To Despair

A new band formed by former 3 INCHES OF BLOOD members Justin Hagberg (now also in DEAD QUIET) and Ash Pearson (currently in REVOCATION),RITUAL DICTATES are brilliantly tricky to pin down. This is a much more vicious and brutal strain of metal than anything the duo did with 3IOB, but you can definitely hear the lingering influence of old-school melody and a few gleaming hooks emerging from what is a frequently bewildering collision of styles. The resultant hybrid owes a little to everything from death and black metal to furrowed-brow hardcore and even psychedelic rock, but rather than sounding like some schizophrenic ADHD mess, RITUAL DICTATES already sound like a ferociously disciplined and focused unit.

You might be fooled by the yobbish, stomp-core intro that ushers the album in, but "It's About Goddamn Time" feels more like a psychotic threat than a circle-pit promise, as it blasts and boogies to an abrupt conclusion. "Dominance and Will" grabs the baton and screeches off at a hellish pace; part abyssal black metal, part banjaxed angular thrash, part sledgehammer doomcore, it's a neat encapsulation of what RITUAL DICTATES are doing here. It also sounds very much as if Hagberg and Pearson are exorcising some personal demons and exploring some formative territory: you can hear it in the jarring crisscross of atonal, deathly riffing that informs the brutally brief "Obsolete Instinct" and, in particular, in the blackened, amorphous howl of "Given to Despair", which seems to exist in some sublime midpoint between SATYRICON and MISERY INDEX, with a startling, melodic mid-section that owes plenty to blissed-out BLACK SABBATH. Elsewhere, "Poisonous Proclamation" brings the always magnificent Danko Jones to the party, and you can almost hear Canada's greatest living rock star grinning himself inside out as he bellows over Hagberg's untamed riffs and grinding basslines wrenched from the DEAD KENNEDYS handbook. "Aperiam In Porta" is the album's longest track, and it's a wild ride of churning sludge, NAPALM DEATH-style bursts of violence, some wickedly tasteful harmonized leads and a soaring melodic payoff.

Again, it all feels weirdly unprecedented, despite the familiarity of those individual components, and that seems to be because RITUAL DICTATES have simply followed their hearts and conjured something wonderfully idiosyncratic and potent in the process. Despite its grim demeanor and morose title, "Give In To Despair" tells a tale of bold, new beginnings and no fucks given. Never mind the side-projects, here's a band you can believe in from the very beginning.