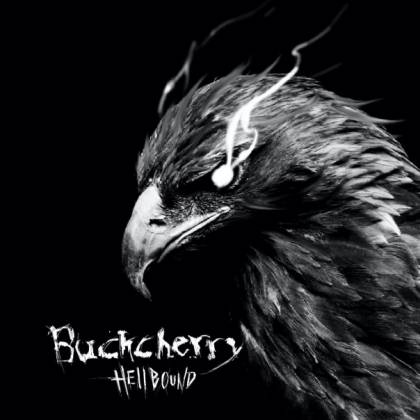 On the evidence provided by the first two BUCKCHERRY albums, a startling two decades ago, few would have predicted that this was a band with a long and fruitful future ahead of them — or any kind of future, the conspicuously sober Josh Todd aside. But here we are, with the L.A. hard rockers' ninth studio album and a very strong sense that recent lineup changes have given them yet another lease of life. Admittedly, 2019's "Warpaint" wasn't exactly a resounding triumph, not helped by a clunky cover of NINE INCH NAILS' "Head Like A Hole", but "Hellbound" swiftly clobbers that memory and replaces it with the kind of fiery, shirtless bravado that BUCKCHERRY have been intermittently brilliant at over the years.

In terms of spirit, this has more in common with the phenomenal JOSH TODD AND THE CONFLICT album from 2017, "Year Of The Tiger". While BUCKCHERRY will always be associated with sleaze and glam rock, the core of their sound has always been tougher and more heavily influenced by gutter-dwelling punk rock than anything else. Just as Todd cranked up the vitriol with THE CONFLICT, so "Hellbound" resounds with spikiness and psychotic self-belief. The opening "54321" takes off like a cheetah with a firework up its arse, evoking the chaos of hot, sweaty, dive bar shows and the very real possibility that Todd will dance his way over to your side of the stage and smack you one for not enjoying yourself enough. "So Hott" repeats the trick, but with a riff torn from the pages of skull-rattling garage psych rock and a chorus that could hardly be better designed for the summer of 2021 ("So hot!/I think I need another shot!"). The title track reintroduces Todd to his adolescent AC/DC obsession, with gritty and anthemic results; "Gun" is a funky, blues party tune with a hint of menace and charm galore; "No More Lies" is a particularly great country rock shuffle; "Barricade" is a thunderous, woozy call-to-arms that somehow pulls off a brief detour into reggae without losing a stroke.

Not everything levels the target, with both the breezy "Wasting No More Time" and "The Way", one ballad too many, conspiring to slow the pace. But BUCKCHERRY haven't sounded this potent and punchy since 2013's underrated "Confessions". That album was very much Todd's creation, but on "Hellbound", the sound of a badass rock 'n' roll band on a runaway train to wherever-the-fuck is unmistakable and as absurdly entertaining as ever.