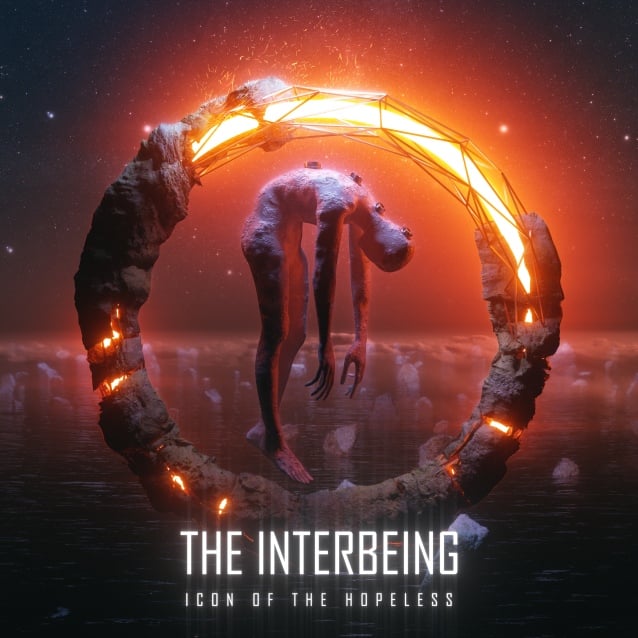 Icon Of The Hopeless

Self-proclaimed purveyors of "industrial metalcore", THE INTERBEING have been cantering down a path of their own making for the last decade. That description is fairly accurate, all things considered, and yet "Icon of the Hopeless" is a lot more interesting and engaging than such reductive categorization suggests. Very much a consolidation of the sound they established on earlier albums, the Danes' third full-length pulls off the unlikely trick of sounding highly distinctive, and even though blending modern strains of metal with electronics and bleak, urban ambience is no one's idea of a new thing, this frequently zings with futuristic freshness.

Mixed and mastered by the legendary Jacob Hansen, "Icon of the Hopeless" has a glassy but dazzling sheen. Opener "Perplexion" certainly echoes the pioneering battery of FEAR FACTORY and perhaps fellow countrymen MNEMIC, but while THE INTERBEING are masters of the robotic riff and epic, heart-rending chorus, their melodic sensibilities and musical bedrocks are drawn from more recent sources. The result is like a long overdue upgrade for the first wave of 21st century metalcore, wherein the riffs and tunes provide a stubborn core, but the outer chassis is from technologically superior dimension.

Songs like "Black Halo" and "Lies of Descent" deliver all the giant hooks and lurching breakdowns that anyone could need, but rendered amid intangible, chrome-plated shimmer, like the foreboding skyline haze in some "Blade Runner"-inspired nightmare. On the stirring and vicious "Synthetic Bloodline", THE INTERBEING come close to perfecting the formula, while recent single "Depressor" gets its polyrhythmic freak on, armed with a woozy, opaque chorus and grand, Gary Numan-like synth lines. Elsewhere, "Ruin" goes directly for any passing jugulars, crushing and crunching through the verses and exploding into emotional uproar in the choruses; "Eternal Eclipse" assimilates space-bound prog into its barbarous, groove metal DNA; "Lifeless Decoy", the heaviest of the lot, is fiendishly inventive and unpredictable.

Despite having such a focused identity, THE INTERBEING never repeat themselves here, and each song is a distinct, self-contained entity with its own precisely plotted twists and turns. Admittedly, the sound of metal's future is not entirely dissimilar from the sound of metal's future 30 years ago, but right now this band are operating in a field of one, and making the future sound dark, dynamic and pretty fucking cool.