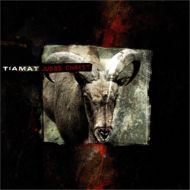 Never known as the easiest band to listen to or digest, Sweden's TIAMAT have boldly forged their own musical path over the course of six full-length efforts—a journey that has seen the group evolve from a fairly derivative-sounding metal act to one of the most unique and uncompromising groups on the heavy rock scene. Although the band's popularity in the metal circles seems to have peaked with 1994's Wildhoney, TIAMAT's subsequent releases have been ambitious exercises in ambient soundscapes and dynamics-driven musical passages that were more about creating a mood than attaining any kind of commercial appeal.

As in the past, the vocals of frontman Johan Edlund are flat as a pancake here, a traditionally fatal flaw that is once again more than made up for by the depth and quality of the band's songwriting, which is truly breathtaking in scope, if not in its immediacy. For the most part, TIAMAT tend to indulge in the more laid-back, long-winded material that is equal parts PINK FLOYD and SISTERS OF MERCY, with only the occasional burst of pop-flavored goth-rock cut being injected into the proceedings, thus providing the group with the obligatory lead-off single (which appears here in the form of “Vote For Love”, easily one of the most “digestible” ditties the band have ever penned).

It is difficult to imagine TIAMAT ever being able to, or wanting to, create the kind of album that would help them make the transition from a cult group to a genuine rock heavyweight, and therein lies part of their appeal. While so many of the other bands appear to be operating on auto-pilot, with the passion and soul seemingly removed from the very core of their “art”, TIAMAT continue to churn out challenging, inspired music that regularly breaks the mold while never deviating too far from its original course.