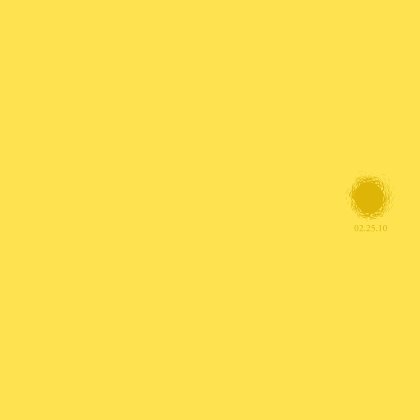 One of "post metal's" (still one of the most obnoxious terms in the genre) great acts, now turned legacy in a short time, is ISIS. Sadly, the fundamental terror group of the same moniker cropped up while this band hit its creative height. Thus, only a select few worldwide have the guts nowadays to publicly acknowledge the genius of ISIS the art metal ensemble. Funny enough, once ISIS retired from the scene, many of their kindred acts, many of them ISIS offshoots, followed suit. NEUROSIS, MOGWAI, PELICAN, JUNIUS and ROSETTA are amongst the notables still modestly cooking.

While ISIS fans ache for an official reunion, much less new material, Aaron Turner and his cohorts at Ipecac Recordings, over the years, have been dropping a series of live chronicles. The most notable came with "Live V", which presented "Oceanic" in its entirety. Now "Live VII" appears as a document of Australian shows performed during 2010, ISIS's final year of activity.

This edition is more than half-represented by "Wavering Radiant" with five songs: "Hall of the Dead", "Ghost Key", "Hand of the Host", "20 Minutes/40 Years" and "Threshold of Transformation". The set also plays hopscotch through the core of ISIS's catalog including "Wills Dissolve" from "Panopticon", "Carry" from "Oceanic", "Holy Tears" from "In the Absence of Truth" and the title track from "Celestial".

"Hall of the Dead" couldn't be a grander opener, and its crisp capture delivers the rich textures of Michael Gallagher, Aaron Turner and Bryant Clifford Meyer's instruments. Jeff Caxide, one of the most rhythmic and sensuous bass players of this style of music, glides his way here and through "Hand of the Host" and "Ghost Key". He elevates each of the latter's climaxes while mischievously ushering passage through the gates of doom on "20 Minutes/40 Years".

"Holy Tears", perhaps ISIS's biggest shot as a single, is one the unit always struggled to replicate in a live setting, and to the band’s credit, it never gave up trying. Here, the effort is noble, if still behind the dime tempo-wise. Yet once it catches up to the hypnotic instrumental section, you get why ISIS routinely made the attempt. Get this one on headphones so you can hear each guitar and bass line beautifully disseminated.

Bryant Clifford Meyer's shrill keys on "Wills Dissolve" creates the expected climate of claustrophobia for the waltzing guitars and Aaron Harris's cautious rhythms, loft the track en route toward its gritty finish. "Carry" at this point was a track ISIS could deliver in its sleep, and here, the group rolls through its initially drowsy bars, punctuating its boisterous climax with ear-tickling reverb and a buggy guitar twitter spritzed atop the intensity. "Celestial" may not be the harbinger of chaos one might expect to close a show with, but the riffs are confidently shoved through waves of ostinato, and in this setting the electronics frolic amidst the wistful guitar and bass cascades. Aaron Tuner's yelping at times hits such ferocity you can hear him bouncing all around the forum.

One of the great attributes of this live series is how clear Aaron Turner's vocals project. If ISIS ever faced scrutiny in its time (other than some fans finding exception in the blunt transition from the bludgeoning "The Red Sea" through the expressionistic "In the Absence of Truth"),it's the occasional complaint that Turner's vocals were often incoherent or drowned in the mix. Not so on these live recordings. His raging barks echo atop the swellings of the guitars, which do engulf, make no mistake no about it. Yet his cleans are perfectly discernable and it helps make "Live VII" a pleasurable recount of a band that found its calling, only to snap on the brakes upon making its most poignant musical statements. If anything, "Live VII" reinforces the fact that we're living in a sadder world when one moniker indirectly suffers because of another.