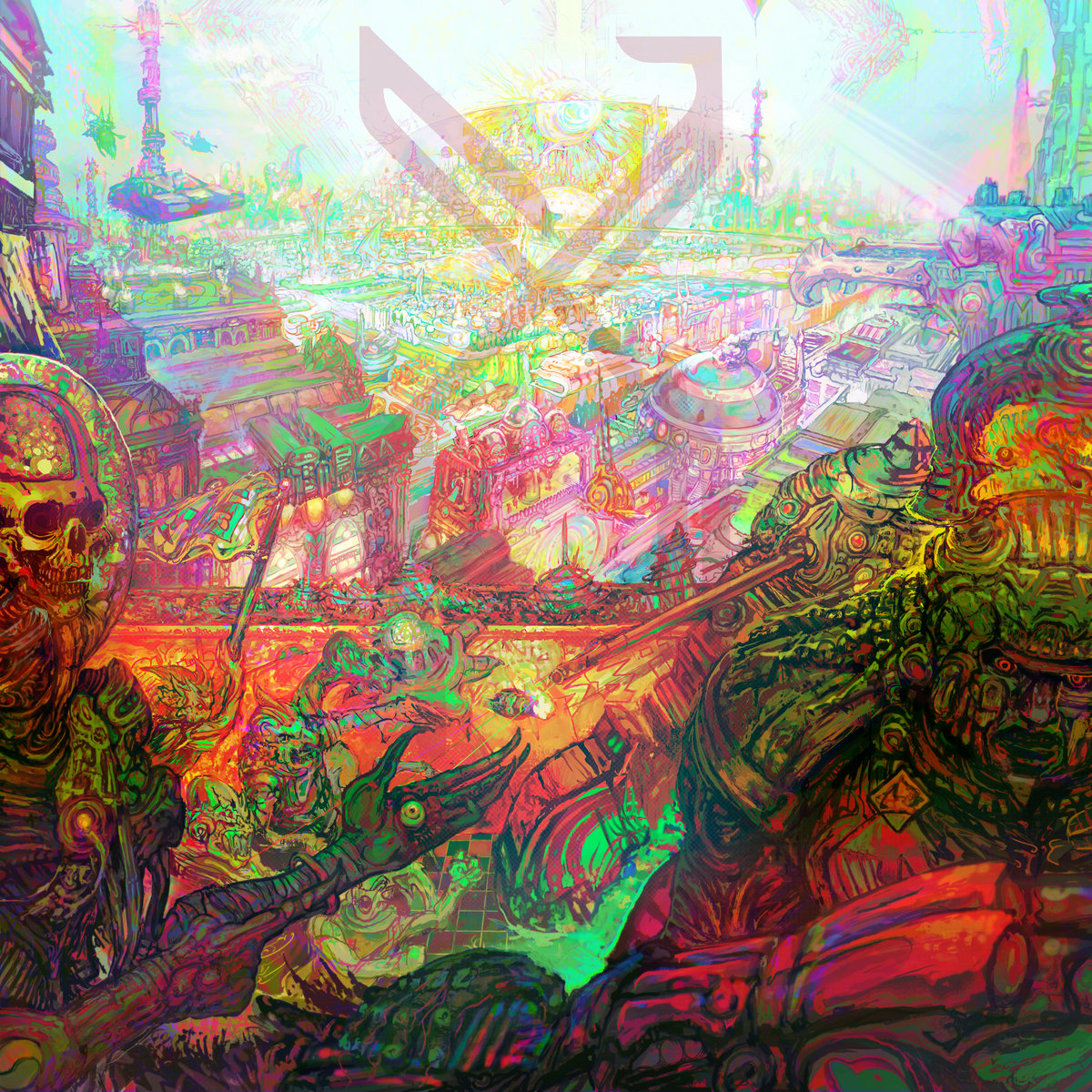 Folks that are uninitiated to the cacophonous noise that is generated by EXPANDER may see the words "thrash" and "Texas" in the band's bio and press releases, and get a preconceived idea that the group would be another straightforward band in the vein of POWER TRIP, or share a production sound with fellow Austin metallers ETERNAL CHAMPION. Any of those existing notions are destroyed fairly quickly into the quartet's second full-length, "Neuropunk Boostergang". While there are moments of more traditional thrash and ugly blackened death lurking within, it's all wrapped in a gloriously anarchic noisy shell that would have fit in well during the glory days of labels like Touch And Go and Amphetamine Reptile.

Distorted rumbles and feedback are the first thing heard on the record before it launches into an angular assault. Every aspect of EXPANDER's sound is well-represented in the opening volley, "Wretched Warez". Vocal growls generated by the band member simply known as General Ham — credited here as "Levogyre Mechalord" instead of "vocalist", to give you another indication of the twisted plane of existence that the band is operating on — are processed through a robotic filter, giving a disembodied inhuman feel to his delivery. Bassist Swirly — I'm sorry, I mean, "Hellvan Enforcer" Swirly — delivers body-rumbling bass lines that serve as the primary driver for the musical chaos that ensues for the next forty minutes. The guitar work of "Anti-coin Infohacker" Guzzler resembles discordant squeals more often than not, though there are some brief moments of whirlwind shredding here and there. "Industry Mutineer" Keymaster provides what may perhaps be the most disorienting performance of the record, as even more straightforward tracks like the VENOM-esque ripper "Cryptosteal" are punctuated by forays into off-kilter and off-rhythm drumming.

Though EXPANDER does plenty to steer folks looking for a more traditional metal sound off their trail and envelopes everything — music and lyrics — in a dystopian sci-fi aura, those of you who may be scared off by some of the terminology used so far can rest assured that there are still numerous moments where the thrash tag is earned. "Waste Ranger" is a fast-paced ripper full of mosh pit throw-down moments. Ethereal guitar squeals lurking underneath the stomp of "Hyper-Flesh Aedificium" evoke the more sinister side of the STRAPPING YOUNG LAD catalog. The steady hardcore gallop of "Loyalty Illusion" — along with a gradual progression of razor-gargling vocals — has a vibe that will please CONVERGE fans drawn to Kurt Ballou's name being listed in the recording engineer credit. Closing track "Quest For A Future" suggests a bright one for EXPANDER, as they bring the chaos that preceded it to a steady landing with a lengthy eight-minute whirlwind that never wears out its welcome.

If you are a metal fan that is only about the riffs, there are still copious amounts to be found on "Neuropunk Boostergang". Luckily for the more adventurous types and the weirdos whose favorite bands are VOIVOD and THE JESUS LIZARD, those riffs are gift-wrapped by EXPANDER in a beautifully discordant package.