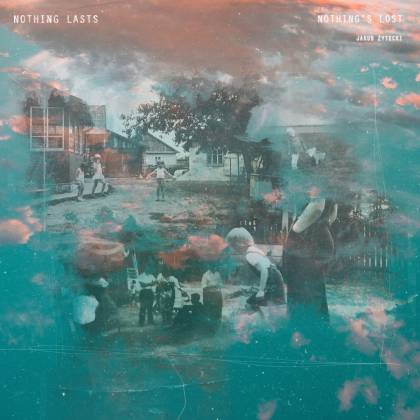 For those with a penchant for ultra-adventurous progressive metal with a fervently forward-thinking core, Jakub Zytecki has steadily become the number one guitarist of his generation. You only need to hear his band DISPERSE's extraordinary 2017 album, "Forward", to recognize that the Pole is both a true original and a remarkably selfless musician; always serving the song despite having the kind of chops for which most of us would cheerfully sell a kidney. As a result, Zytecki's latest solo offering is plainly essential listening for the already converted. For everyone else, "Nothing Lasts, Nothing's Lost" is no kind of metal record and it isn't going to satisfy anyone's need for skull-splitting djent riffs, but, if you're willing to embrace a fair degree of elegance and sweetness, the occasional pop melody and some of the densest, syrupy reverb you'll ever drown in, this is nothing short of exquisite.

Opener "Somewhere Quiet" sets out the rules for this plunge into quasi-ambient post-everything prog. Zytecki's skittering runs and twinkling arpeggios blend seamlessly with the song's glacial drift and wistful air. "Sunflower" is a more intense affair: formed from bursts of splenetic finger trickery and a surging, slow motion dubstep groove, it's one big, extended crescendo. Elsewhere, "Creature Comfort" combines Zytecki's delicate brilliance and cascading note-flurries with ghostly saxophone, tribal percussion and a cameo from MESHUGGAH's Fredrik Thordendal, all underpinned by a minimal techno throb; "Caught in a Cloud" emits spectral echoes of DISPERSE's recent creative blossoming, as beats switch, bass wobbles and Zytecki lets fly with all manner of implausible routes across his fretboard; "Tree Climbers" is an utterly infectious deluge of robot funk and stuttering clatter, with the album's only real moment of metallic crunch adding to a sense of gleeful, controlled chaos.

While we wait to see if DISPERSE can possibly top their last record, Jakub Zytecki is continuing to make unique and brilliantly peculiar modern prog that pirouettes across genre boundaries with a broad grin, safe in the knowledge that it's so utterly charming that resistance is futile.