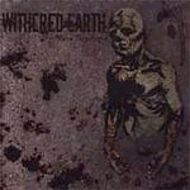 Of Which They Bleed

It doesn't suffice to be a plain old death metal band these days. By their spidery logo alone, it would suggest that New York's WITHERED EARTH are entirely and wholeheartedly clinging to the malevolent horns of MORBID ANGEL et al. But peel back the layers of blood-spattered graphics and mummified ghouls and you'll find a songwriting ethic that sees a band trying to be all things to all men.

By this we're referring to the squalls of CONVERGE-esque noise that jump out of "Calculated To Create Terror", to name but one, jostling with those pit-friendly hardcore breakdowns that bands of a deathly ilk seem content to dip their fingers into more and more these days. Considering the amount of stylistic shifts they manage to cram in, however, this does not make "Of Which They Bleed" anything other than an album which trades on outside elements to disguise its own severe lack of ideas.

Luckily for WITHERED EARTH, producer Bill Korecky (MUSHROOMHEAD, INCANTATION) has done a sterling job of trying to sweep these shortcomings under the carpet for the benefit of the casual listener — riveting all the elements together against a steel wall of sound. Try and get to close to your speakers at times and you're literally propelled back to a safe distance — especially when drummer Brian spade's double-bass work goes into overdrive on "From Ripe To Spoil".

Unfortunately, expert knob-twiddling without a fresh feel does not a great record make. And when you stick with "Of Which They Bleed" towards its conclusion, you'll notice that even the aforementioned initial stabs at diversity seem to peter out, with "Worlds Without End" stretching out tired SLAYER-isms for far too long at six-minutes plus.

Indeed, contrary to our opening statement, and after repeated airings of "Of Which They Bleed", WITHERED EARTH seem more of a death metal band than they believe themselves to be. And a very ordinary one at that.