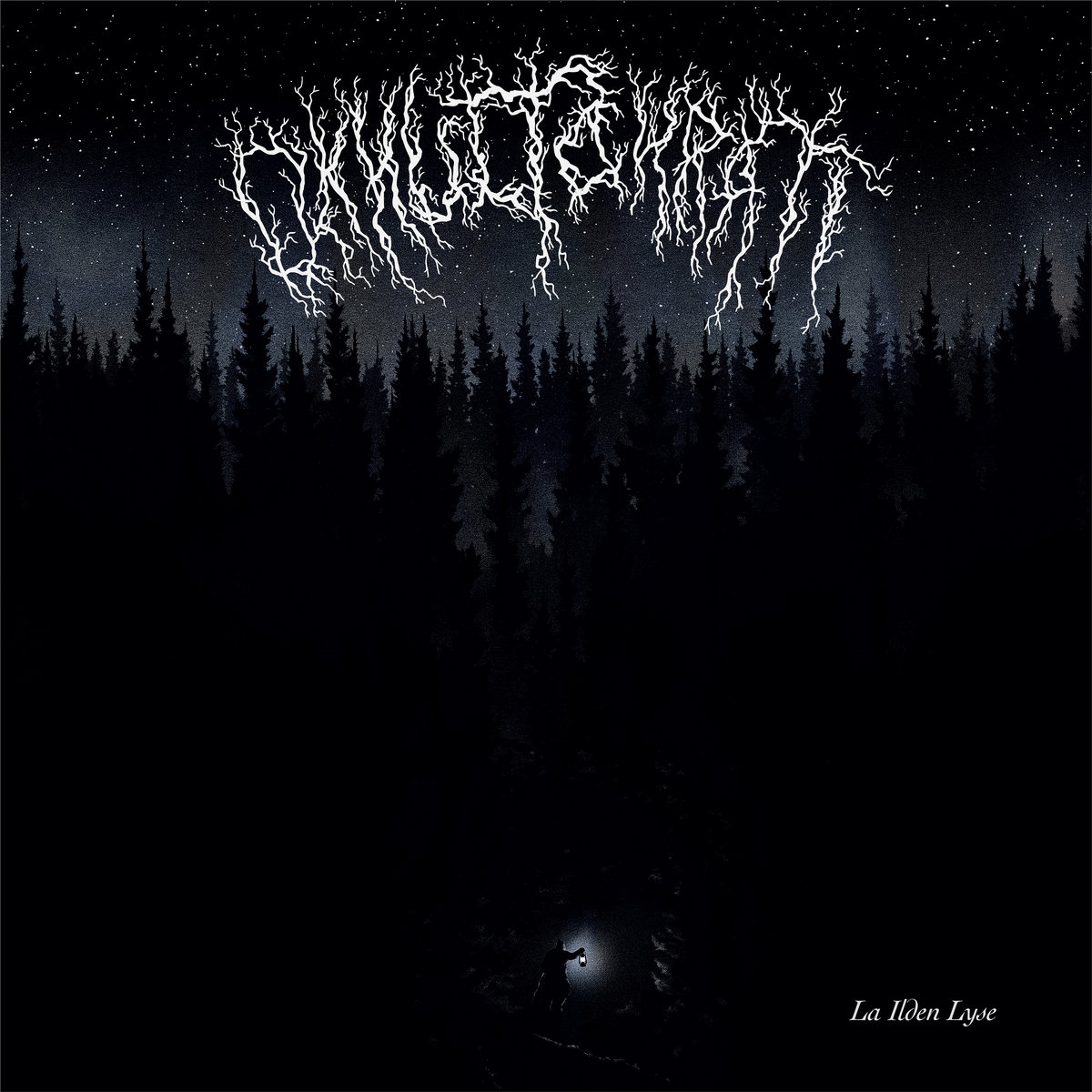 Much like that region's well-documented contributions to black metal, there always seems to be something a little more sinister when Scandinavian bands use hardcore punk as a launching point for their din. There is inevitably an extra layer of grave-soaked dirt on the speed-driven assaults coming from that region, and Southern Lord has signal boosted some filthy gems from that scene. OKKULTOKRATI's second album for the Los Angeles label, and first in four years, is another furious burst of galloping, grime-caked riffs.

The Norwegian sextet lays the groundwork fairly early for what awaits listeners on their latest record, "La Ilden Lyse". Guitarists BlackRace and Empyrean are each masters of maximizing ugliness from their instruments while still maintaining a high level of catchy hooks, as evidenced by the album-opening midtempo stomp of "Thelemic Threat". The darkened aura from the sounds generated are given extra heft thanks to Dionysiac's vocal performance. His haunting growls and caustic shrieks are punctuated with a hissful rasp and echo effects, as if he existed solely as a disembodied voice shouting ghostly aural emissions.

"Grimoire Luciferian Dream" locks into a hypnotic groove that evokes exactly that imagery. A rocksteady MOTÖRHEAD riff drives the second track, as Dionysiac's rasps continue to sound more and more ominous and dizzying as the track builds. Drummer Verminscum strongly asserts his presence here, raining his sticks down onto the skins like claps of thunder reverberating throughout a village. The track is an early high point that shows the band adept at using all of the tools at their disposal to balance chaos and catchiness.

Speaking of MOTÖRHEAD, "Loathe Forever" proves to be one of the best MOTÖRHEAD songs never written or performed by that legendary band. One could imagine the ghost of Lemmy Kilmister hovering over the band with a bottle of Jack Daniels in hand, nodding in approval as Dionysiac shouts the rallying cries that drives "Loathe Forever"'s fast-paced rock. The track hits the beats of a great MOTÖRHEAD song perfectly, from riff transitions to shout-along vocal deliveries, all while adding the extra layers of scum that OKKULTOKRATI have mastered by this stage of their career.

The remainder of the album generally keeps to the same templates as the opening third of the record. "Freezing Vortex Death Dreamer" and "Lunatics-Mondsüchtig" are both crushing midtempo stompers, with the latter featuring Dionysiac's most caustic vocal performance of the record. "Kiss of Death" returns to mining the MOTÖRHEAD punk-and-roll blueprints for a killer rocker. "Cold and Cruel" speeds up the drumbeats and rhythm riffs, while keyboardist Azoth layers in some haunting keyboards to give the track a black metal atmosphere. These formulas wash, rinse and repeat for the final third of the record.