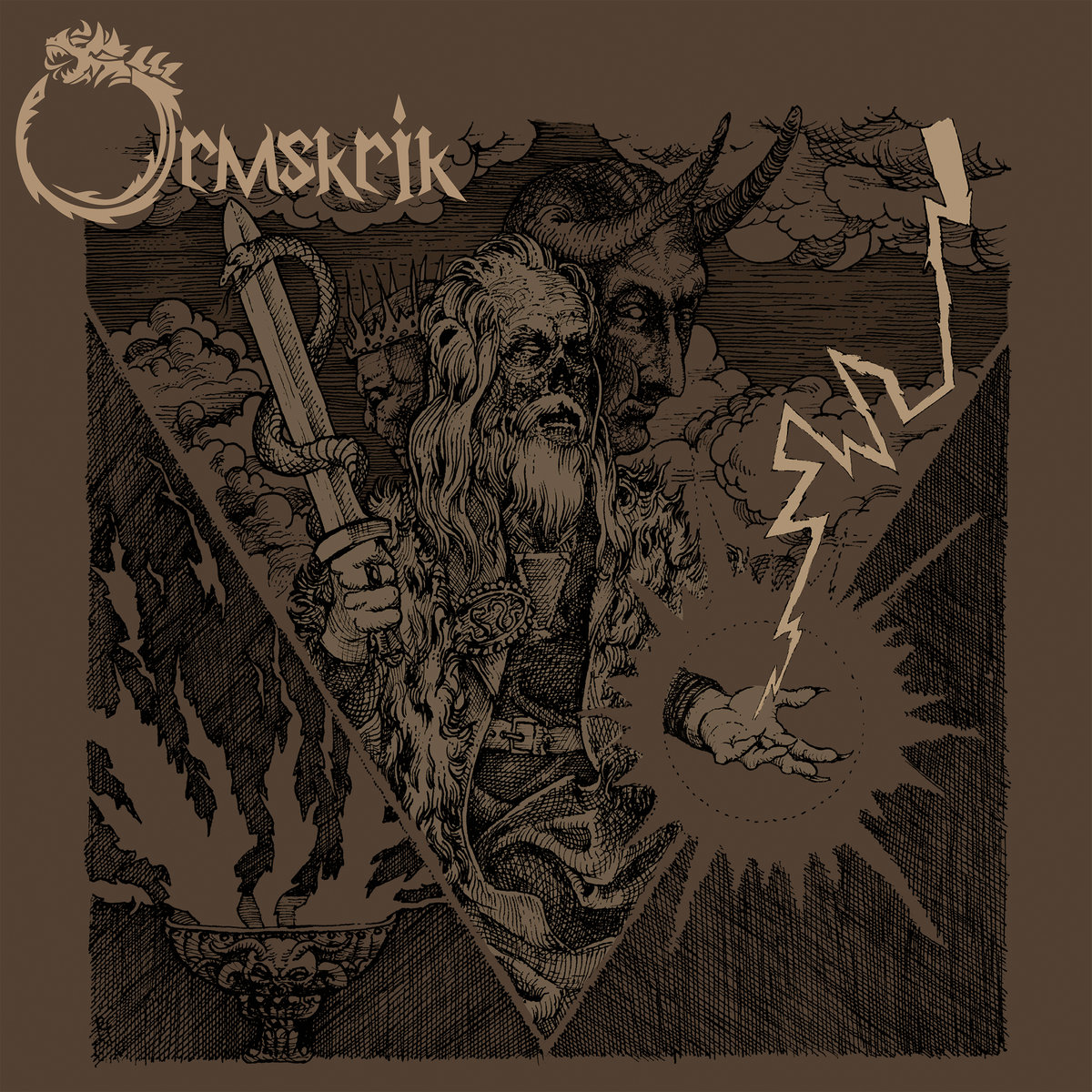 This has clearly been a superb year for thrash metal, but the majority of great works have come from the polished and modern end of the heads-down spectrum. Much as their fellow countrymen OBLITERATION have become a benchmark for the rejuvenation of real death metal values, so Norway's ORMSKRIK look likely to bring form to transient notions of a more earthy, violent and dark thrash renaissance. All of this is nerdy detail, however, and the most important thing to note here is that the Norwegians' debut is one of the most straightforwardly thrilling to emerge in a long time. Ostensibly a blackened thrash band, ORMSKRIK exude the unknowing charisma of a young band with an instinctive vision. This is definitely music that owes its heart and soul to the old school, and to thrash metal's evil wing in particular. But from the opening assault of "Occultness" onwards, this is an album that exists in its own self-contained atmospheric world.

As ever, the devil is in the details. "Ormskrik" delivers many malevolent fuck-tons of the scything thrash tropes that fans of the genre demand. They are not a band seeking to warp the genre beyond all recognition. But what they are doing is allowing myriad other influences and a dizzying array of twisted ideas seep through cracks in the high-velocity squall. There's a whole heap of black'n'roll belligerence powering "Occultness" and several other songs along; muscular D-beats, feral blasts, a dash of Dissection-like bitter melancholy, it's all in the viscous mix. "Destroyer of Worlds" is a gloriously traditional heavy metal mini-epic, replete with multiple tempo changes, with echoes of UNLEASHED blended seamlessly with razor-sharp Bay Area vibes. "Oblation", on the other hand, is 96 seconds of SLAYER-ized mid-tempo Panzer rumble. "March of the Dead" is the most obvious instant classic here: with its turbocharged groove, VOIVOD-esque detours and gruff vocal hooks, it feels subversive and genre-defying; a deathly, thrashing temporal anomaly, equal parts rawness and precision. Similarly, "The Morbid Arrives" crams a ton of cherished, familiar ingredients together, from the GANG GREEN-esque punky intro to snarling, snail's-pace breakdown, and somehow ends up sounding weirdly, thrillingly original.

It may all be a matter of good fortune, of course. ORMSKRIK are playing a subtly wonky strain of extreme metal that certainly owes plenty to thrash, but without ever being constrained by it. As they demonstrate most powerfully on epic closer "Eye for an Eye", the lines between subgenres are there to be ignored. And when the results of such defiance are as gripping, idiosyncratic and Satan-be-praised-heavy as this, you may start to wonder why anyone thinks that sticking to the script is a smart idea.