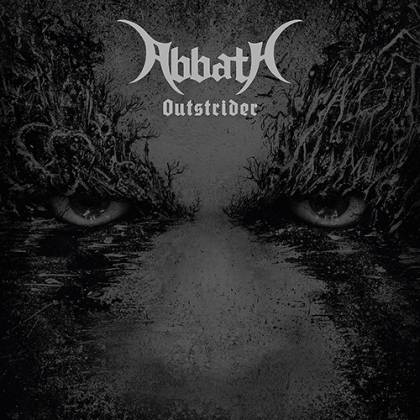 It was inevitable that the true nature of the men involved in the notorious Norwegian black metal scene would eventually come to light. Whether it was pissing contest-like posturing or outright insanity, and sometimes it was a bit of both, the illegal activity of some of the musicians was so outlandish it almost seemed as though the musicians were demons. But as time passed and the public learned more about the men behind the corpse paint, the mythical figures turned to mortals. IMMORTAL didn't engage directly in the church burning and bloodshed, but the band was inarguably integral to the sound, the aesthetic and the lore. They were on the 1993 infamous and not so subtly titled "Fuck Christ" tour. Since then, it's become clear how goofy and comical the members of IMMORTAL really are. Look no further than the heavily circulated clip of Abbath stumbling down a hill at a European fest for proof that the man is ridiculously hilarious.

Since parting ways with the act, Abbath has carried on with the project bearing his own pseudonym. The split was a good thing. IMMORTAL has since returned to a more blistering approach to black metal with the rager "Northern Chaos Gods", and Abbath further explored his passion for classic heavy metal translated through a black metal arsenal on his project's 2016 eponymously titled debut. The debut was promising and enjoyable in its own right, but considered in current context, it was merely an opportunity to build the new framework and set the tone for what's to come. His new album, "Outstrider", travels the trajectory of "Abbath", yet there's somehow a greater sense of purpose and fortitude.

If he intended for the album's title to be a jab at his former bandmates, it's certainly a bold (and arguable) statement, to say the least. If it is self-referential, said title is apropos considering that it surpasses the quality of the debut by leaps and bounds. The opener, "Calm in Ire (Of Hurricane)" , is beaming with riffs that stir a sense of drama and conjure images of Norwegian winters. That description is essentially representative of Abbath's music throughout his career, the difference being that it's become much more epic over time, and considerably more inclined toward early heavy metal in terms of spirit. "Land of Khem" is an over-the-top, almost cinematic display of black metal. But it isn't pretentious. It's passionate. And that's what's so likable about Abbath: his authentic passion for metal is what metalheads connect with. Some old-school black metal purists may scoff at the comical element — even though their thirst should be quenched by the blasting blitzkrieg of "Bridge of Spasms" — but he's having fun because of his love for metal. Whether you like him or not, and ironically enough, the fantasy-obsessed musician is the real deal, "Outstrider" suggests that he won't be slowing down any time soon.