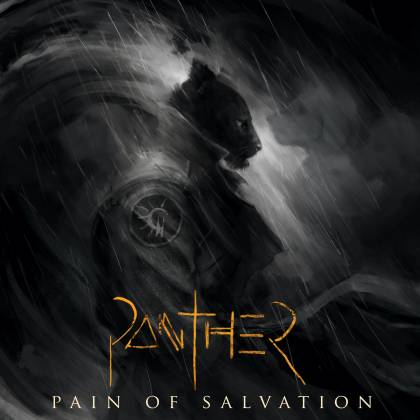 Fans of PAIN OF SALVATION have been trained to expect the unexpected. With a catalogue that stretches back to the mid '90s, Sweden's most fervently adventurous prog metal band have little to prove at this point, but there's still absolutely no chance that leader and chief composer Daniel Gildenlöw will ever repeat himself. From early classics like "Remedy Lane" (2002) and "The Perfect Element Part 1" (2000),as well as the mind-blowing, esoteric complexity of "Be" (2004),through to the purist-baiting nu-metallisms of "Scarsick" (2007) and the analogue fuzz detours of "Road Salt One" and "Road Salt Two" (2010 and 2011 respectively),PAIN OF SALVATION are a genuinely progressive band in a scene that just as often lauds those that most accurately mimic musical ideas from 50 years ago. As a result, it comes as no surprise that "Panther" is another big surprise.

Since the release of 2017's dark and deeply reflective "In The Passing Light of Day", Gildenlöw seems to have undergone another creative transformation. Embracing his recent ADHD diagnosis, he has become admirably vocal about the way society treats people on the autism and mental health spectrums. "Panther" explores those thoughts, fears and frustrations amid some of the most dense and challenging music the Swede has ever written.

Ever the sonic tinkerer, Gildenlöw has dived down a defiantly peculiar and disorientating rabbit hole here, imbuing PAIN OF SALVATION's usually grand and immaculate modern prog sound with a palpable sense of restlessness and tension. Although still incredibly heavy in places, guitars are more likely to sound like keyboards in this shadowy, alienated and ever-so-slightly alien musical world. The juddering, deliciously off-kilter riff that kick-starts opener "Accelerator" is underpinned by as much crackling synth noise as it is six-string resonance, while moments of dreamy respite arrive shrouded in amorphous ambience and a very futuristic sheen. Gildenlöw's intense vocal courses through the polyrhythmic melee, as electronics throb and pop, a central soaring melody providing light in the thick, emotional fog.

Once again, PAIN OF SALVATION sound wholly unlike anyone else, and only superficially redolent of certain incarnations of themselves. "Unfuture" is even more thrilling, with a bluesy, swaggering intro featuring drums that sound like bombs going off, and syrupy, serpentine synths weaving in and out of a series of towering, mutant LED ZEP riffs. In contrast, recent single "Restless Boy" is an intimate and claustrophic synth rock vignette with fidgeting sequenced drums and Gildenlöw crooning through a vocoder to genuinely unsettling effect, while the title track showcases the frontman's rapping technique over a warped and brooding cacophony of lithe prog-funk and electro-aggro.

It's not hard to imagine a few prog fans having tantrums over some of the more out-there moments on "Panther", not least Gildenlöw's seeming fondness for the sound of malfunctioning electronics and the obsidian ooze of those heavily treated guitar tones, but PAIN OF SALVATION continue to fly prog's flag as a principle, rather than a genre. Even the album's most overtly prog-friendly moment, the closing, 13-minute "Icon", will lead listeners to strange and often disconcerting sonic places. What matters most is that Gildenlöw is still writing fascinating, heartfelt music that dares to imagine a vision of rock 'n' roll where past, present and future are indivisible. He's a clever bastard and "Panther" is another extraordinary showcase for his band's seemingly limitless potential.