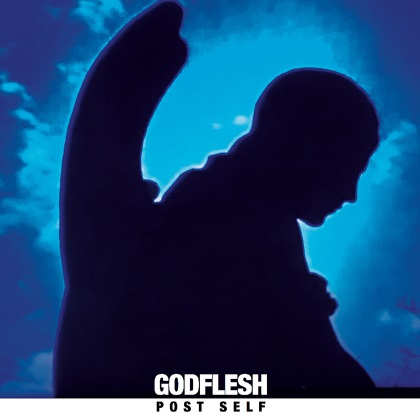 A few decades after BLACK SABBATH first extracted heavy metal from the human spirit in Birmingham, England, hometown younglings GODFLESH burst forth welding that heavy metal with clanging industrial steel on 1989's "Streetcleaner". Sure, across the big pond MINISTRY was playing with its own industrial/metal hybrid a year earlier with "The Land of Rape and Honey", but GODFLESH was operating on an entirely more menacing level of darkness as the band flirted with the mechanical coldness of the likes of EINSTÜRZENDE NEUBAUTEN. The impact of GODFLESH releases like the aforementioned debut, "Pure" and "Songs of Love and Hate" upon industrial metal and all of heavy and extreme music simply can't be understated. "Streetcleaner" and what followed mirrored and foreshadowed society's obsession and increasingly inextricable link to technology years before the iPhone generation ultimately yielded to the full-on marriage between man and machine.

Something was lacking in the world of heavy music after GODFLESH disbanded in 2002. Frontman Justin Broadrick had been exploring music in a slew of projects for years, but outside of GREYMACHINE, his musical journey took him through decidedly more calm and ambient directions in recent times, most prominently with the metallic shoe gaze outfit JESU. GODFLESH certainly began to fill the void it left upon the release of the group's first full-length since reuniting at the beginning of the decade. "A World Lit Only by Fire" was released a few months after the formidable "Decline & Fall" EP in 2014.

Broadrick had truly returned to the riff. "A World Lit Only by Fire" was reliably heavy and challenging. With the band's second full-length album since reforming, "Post Self", its eighth overall, Broadrick and co-founding member and bassist G.C. Green have taken a decidedly different path. Perhaps Broadrick released his pent-up aggression with the duo's comeback album, which had the subtly of a bloody street fight. The group isn't exactly unclenching its fists with "Post Self". In a sense, GODFLESH has repurposed the caveman brutality of the early days and the previous album through the filter of the multi-textured ambience of JESU. This means it's just as beautiful as it is barbaric and far more dynamic. "Post Self" is entrancing from the get-go, and the ride is exhilarating throughout.

The front end of "Post Self" is heavy enough to sink an aircraft carrier before Captain Justin finds a point of equilibrium. "Parasite" and "No Body" pummel with hefty riffs and an undeniable groove that highlights chugging riffs, hypnotizing and bombastic bass lines, and an amalgam of hip hop and club beats. Broadrick's inhuman barking embodies GODFLESH's synthesis with the man and machine motif when it runs in tandem with the mechanical histrionics of the instrumentation. The group juxtaposes the most human qualities with the robotic apparatus of modernity when Broadrick's bare, unrefined melodic singing provides the narration and when the shimmering, layered transcendental electronic and guitar work comes to the fore on songs like the similarly entitled "The Cyclic End" and "The Infinite End".

If the "Decline and Fall" and "A World Lit Only by Fire" combo of 2014 wasn't enough to dismiss any apprehension anyone might have had that the duo was reviving the band as a festival-circuit pouncing legacy act just to pay the bills, as the case seems to be for many acts, "Post Self" will bury any such notion. "Post Self" proves that GODFLESH is as forward-thinking as ever, in fact. The Birmingham battering ram seems poised to continue to expand the boundaries of musical extremity. Whether or not that happens, GODFLESH has certainly done so with "Post Self", one of 2017's best releases.