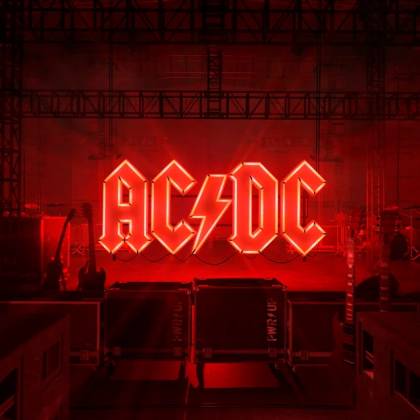 Whether it's due to a deliberate effort to remain relevant or driven by legitimate creative impulse, numerous established, decades-old artists cull from the more popular side of contemporary music. No one should be surprised about the approach that AC/DC has taken on its latest album: "Power Up". While the sound is encapsulated within a decidedly modern, polished production, the songs don't betray the Australian act's tried-and-true template of full-throttle, hook-laden timeless hard rock. It's not likely to creep into a long-time fan's rotation as much as "Back in Black" or "For Those About to Rock We Salute You", but "Power Up" is the best album that AC/DC has released in the last 20 or 30 years, one that takes its cues from the aforementioned, classic albums.

The band returns from hiatus with its core lineup back in tow. Drummer Phil Rudd has overcome his legal hurdles; bassist Cliff Williams chose to return from retirement; and Brian Johnson has reclaimed his throne from Axl Rose, who filled-in when Johnson had to step aside due to hearing problems. And, lest we forget, good ol' schoolboy Angus Young, the Sydney band's sole original member, returns on guitar alongside his nephew Stevie Young, who has formidably replaced his now deceased uncle Malcom Young.

The legendary rock band proves to be in fine form right from the onset. They start things off with the adrenaline-fueled rocker "Realize". The opener bleeds into "Rejection", a number that pulls back with an utterly infectious riff, suitable for sleazy dancing as much as a barroom brawl. "Shot In The Dark" is replete with the robust gang vocals that are as much of a staple element of AC/DC as Angus Young's schoolboy uniform. And later, twisted and memorable melodies weave amidst the seductive strut and burly chorus of "Witch's Spell", nodding and winking back to eighties metal in the best way possible.

The fact that Malcom Young is credited with having co-written "Power Up"'s songs alongside his brother Angus, on material they collaborated upon over 10 years ago during the writing for 2008's "Black Ice", makes the album even more special and sweeter. There's a very real possibility that this might be AC/DC's swan song. Alas, every band has its curtain call. Whatever the case may be, "Power Up" is a fantastic album that Malcom would be proud of, and it's tasty enough to leave fans salivating for more.