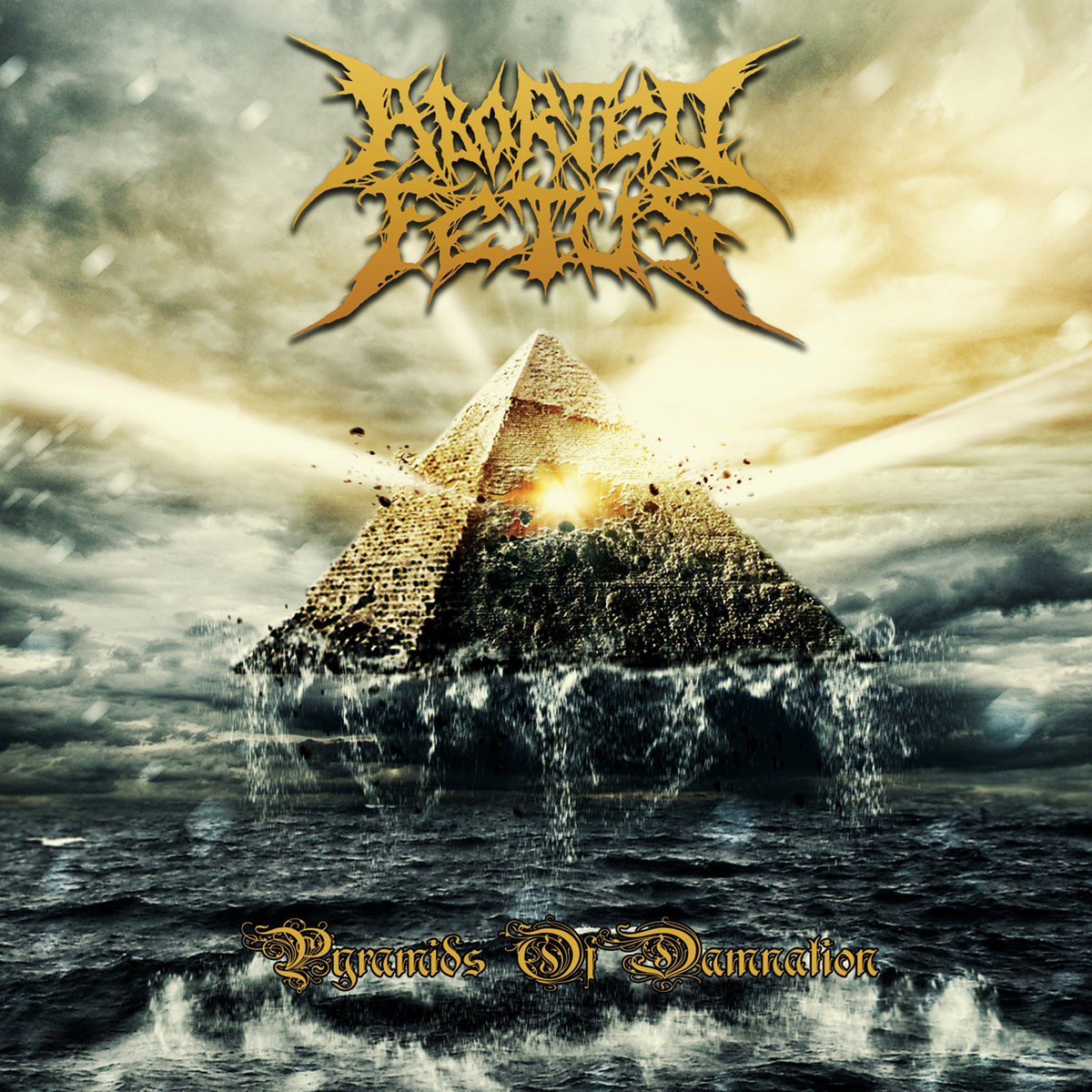 Another strong reason to conclude that Russian death metal is absolutely where it's at right now is "Pyramids of Damnation" , which reinvents ABORTED FETUS as one of the modern era's truly epic extreme metal bands. The band's formula remains mainly unchanged from previous albums, like 2018's "The Ancient Spirits Of Decay", but there is a chewable sense of epic grandeur underpinning their seventh full-length.

Few modern bands have mastered the unstoppable BOLT THROWER grind as well as ABORTED FETUS, employing it for maximum impact during crushing overture "Pharaoh's Disasters". The track sets things up beautifully for the sixty-plus minutes of maniacal heaviness to come. "Earth's Bloody Punishment" is a monstrous first song proper, the Russians' trademark blend of suffocating brutal death intensity and old-school, mid-paced power finding its most potent symbiosis yet. The production lends a helping hand here: you probably won't have heard guitar tones as thick and grotesque as these for a while, and songs like "Execution by Toads" and "Invasion of Bloodsucking Insects" wield enough caustic bottom end to cause a rectal prolapse or two.

But then the curveballs come, bursting out between pulsing sonic chunks like "Cattle Pestilence" and "Abscesses On My Body". They keep coming with the eerie acoustic reverie at the beginning of "Queen's Prophecy"; the hellish horns and tribal drums of "Tomb of Damnation"; and the magnificently thuggish and bowel-threatening beatdown at the end of "Fear of Darkness". ABORTED FETUS never stray far from the deathly path, but when they do the impact is undeniable.

Almost accidentally progressive, this is an album full of subtly twisted ideas that nudge ABORTED FETUS's interpretation of death metal toward ever-more intriguing territory. It reaches a peak of evocative punch with voodoo campfire jig "The Ancient Ritual of Death" and grand finale "Pharaoh Firstborn's Execution", wherein multiple tempos and a labyrinth of riffs conspire to fill the air with the frozen stench of Egyptian tombs. Taken in its monolithic entirety, "Pyramids of Damnation" is a clear descendant of the astonishing, semi-conceptual records that NILE were making back in the late '90s and early noughties. The difference here is that ABORTED FETUS have all the grooves, pulverizing slam riffs and guttural, arse-wrenching blast worship that any omnivorous, 21st century death-head could wish for. This is epic as fuck. Indulge yourself, before it's too late.