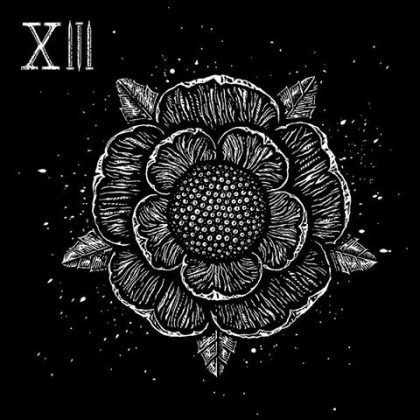 Illinois hardcore troopers SWORN IN have amassed a quick following in the two-plus years they've stormed the scene. Following their "Start/End" EP comes the band's full-length debut, "The Death Card". Brash, heated and ultimately toxic, "The Death Card" is chocked full of a fracas-minded denunciation of the world to the point of sheer nihilism. To borrow one of "The Death Card"'s song titles, it is one dead soul of an album yielding a mixture of lumbering and reckless blitz patterns designed with the obvious intent of wringing out every ounce of hatred harboring within this group. Blaring vocalist Tyler Dennan steps up to the noose more than a few times and he defies an obscure hangman to pull the lever. Therein lies the spit-laden challenge issued by Dennan and company, to endure a constant fever pitch of brackish, modern-flavored hardcore with no empathy for anyone, save for maybe the disenfranchised.

It's not caveat enough. The recurring pessimistic lyrical themes makes "The Death Card" a downright pill if you're looking to draw some energy from SWORN IN's constant fusillades of crush, dirty riff masses and deafening static. Condemnation, self-flagellation and a blatant mistrust of mankind and religion are hardly new prompts to hardcore and metal music. Yet the constant barrage of negativity on "The Death Card" becomes all-consuming you'll have to be of like mind to catch a genuine kick from it. Only MARDUK and GORGOROTH can outmatch SWORN IN's fuck-everything-and-let-the-world-burn ethos.

While wrangling numerous metalcore modes into "The Death Card", there is and isn't an element of predictability about the album. Much of the album engineers a way-too-familiar breakdown-plundered approach as well as screeching guitar slashes in the vein of THE CHARIOT and early NORMA JEAN. Yet there's a pervading spitefulness to SWORN IN that counters the latter bands' Christian undercurrents. There's nothing remotely Christian about "Hypocrisy", "Mindless", "Snake Eyes", "Bitter Blood" and "Death".

Despite a hopping drum lead on "Death", the track immediately submerges itself in audile tar, then gradually climbs out of the muck with gradually accelerating shake-offs and yelping rants about an imminent Hell on Earth. For a moment on "Mindless", there's the risky emocore maneuver of stacking a swooning clean vocal track upon the choruses, but the song is still so nasty at-heart you can forget SWORN IN playing nice in any sense of the word. The rest of "Mindless" wears and minces along it's all a big sucker-punch that rolls into the brisker opening bars of "Dead Soul". The up-tempo choruses of "A Song for the Nameless" is about as cheerful as this album gets, and even those are screamed at sphincter's strain.

Fortunately, "The Death Card", for all of its interminable self-loathing, is a quicker ride than meets the eye. It's butt-ugly, occasionally intriguing from a songwriting standpoint (the slithering instrumental "Senseless" is one of the album's coolest breaks from the overt carnage) and it's guaranteed to be a hot seller amongst the alienated youth demographic. Every earsplitting fret scrape from Eugene Kamlyuk and Zakary Gibson is going to sound like a transitional fist pump. Their chewy opening solo to "Snake Eyes" is going to hype up SWORN IN's fans as much as Tyler Dennen's vociferous contentions and subjective chastisement.

More than a few people out there can relate to the miasma of revulsion SWORN IN gorges into their hapless sound space. Woe be to the entire lot, but at least "The Death Card" gives them a grating soundboard with which to purge themselves.