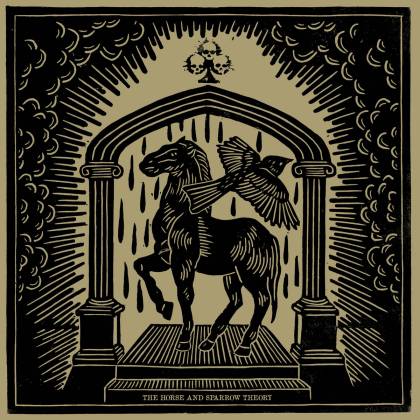 The Horse and Sparrow Theory

Death and black metal are the typical, immediate reference points for heavy music fans when Sweden is the topic of discussion. But the nation has also been a hotbed for hardcore punk for decades. Acts like ANTI CIMEX, CRUDE SS, MOB 47 and DRILLER KILLER have been influential across the globe. VICTIMS has been running two decades strong now with its volatile mix of metallic hardcore, D-beat and crust, peppered with the odd dash of dirty rock 'n' roll here and there. The Swedes have returned with "The Horse and Sparrow Theory", a release that very well may be one of the best hardcore punk albums of 2019.

The reliable, front-end, rumbling assault of fuzzed-out guitar mayhem remains on "The Horse and Sparrow Theory", but unlike the bulk of bands of this ilk, who seem more concerned with maintaining the approach and the aesthetic, VICTIMS deliver that sound in a manner that makes sense and can be appreciated. VICTIMS ultimately stand out because the band has solid songwriting underlying the fuzz. A raw, unrefined quality encompasses the opening few songs that march along at a steady mid-tempo. These tracks are good, but they're anything but memorable.

The album's stronger cuts are actually placed further along, and "The Horse and Sparrow Theory" truly begins to prove its worth around its midway point with the album's longest track, the nearly seven-minute-long "We Fail". An extended sound clip discussing the multi-faceted international migration crisis is the constant thread from the subdued opening strumming through the build-up and even beyond the entry point of the gruff hardcore vocals. Various nooks and crannies throughout, "The Horse and Sparrow Theory" reveals VICTIMS' impressive dynamic qualities and capabilities, especially on this brooding, epic track. Later, the album finale, "Revenge of Our Fathers", also boasts the band's power when it churns the aggression out at a slower pace that's just as brooding as it is brutal.

The sound for which VICTIMS is known — that charming amalgam of crust, metal, hardcore punk and D-beat — hasn't been significantly refined or revamped. The Swedes have just become better and more streamlined with what they do. Sure, the overt crust factor may be dialed back on their seventh full-length, which is likely to be off-putting to a significant number of old-timers. But any way you cut it, "The Horse and Sparrow Theory" is a burning slab of Swedish hardcore that's worth playing again and again.