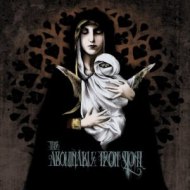 The Id Will Overcome

With twenty-seven minutes of pure sludge and sewage (and fourteen of passable noise),THE ABOMINABLE IRON SLOTH has unloaded an album as ugly and almost as kickass as their own name with "The Id Will Overcome". It's been awhile since we've heard from this band, which at one point featured members of WILL HAVEN and at one point actually called it a day for awhile, but the SLOTH is back baby! The question is, are they still as ABOMINABLE as before?

Worshipping at the temples of IRON MONKEY and EYEHATEGOD, with the mutated little cousin of BUZZ*VEN serving an altar boys, THE ABOMINABLE IRON SLOTH sits just a bit outside the typical sludge metal box. Though very much the downtuned, over-distorted norm, THE SLOTH add a dose of octane to the doom element of their sound for more groove-laden and punked-up end result. The rusty axe attack of "I Destroy" lives up to its name with a discordant vehemence not unlike Nicholson's more psychotic moments in "The Shining" (It's not gonna hurt ya. It's just gonna bash your brains in). More crust-coated golden moments come during slamfests like "Two Black Helicopters" and "A Nation Of Ignorants". The bigger-than-shit riffing that spirals downward into a cold and doomy hell on "Mongoroid" and "Kilimanjaro Dreaming" will give the sludge purists a reason to cheer, even if the two share structural similarities. TIAS throw a curveball right at your skull with the NYHC-infected instrumental, "Nineties Male". The absence of Justin Godfrey's tortured vocals and A-B-A arrangement leaves this one feeling a little out of place when compared to the rest of the disc, but it does stand out as one of the heaviest of the bunch. Very fitting, however, is the cover of Charles Manson's "Big Iron Door". A surprising bit of reverb-drenched clean vocals and subdued guitar explode into violence on this minute-long opus of entertaining ugliness. The only time that "The Id Will Overcome" really calls for the skip button is during "Heterodox Noncomformist". The title may say it all, but a track this long with nothing but noise and ambience just doesn't seem to jive well with a collection of otherwise destructive tunes.

THE ABOMINABLE IRON SLOTH isn't going to get a lot of love outside of the circles where fans of aural nihilism and caustic anti-melody dwell, but I'm fairly confident they're just fine with that fact. This isn't an album meant for the mall-crawlers and pseudo-heavies of the world. "The Id Will Overcome" is on this Earth to spread havoc, chaos and internal bleeding. Mission accomplished.