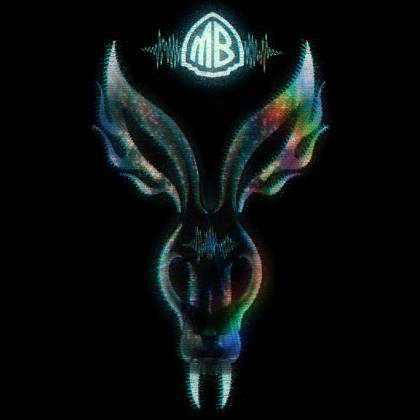 The Night They Came Home

MR. BUNGLE is without a doubt one of the metal world's most bizarre and eccentric musical entities. Following 20 years of inactivity, during which time the act's key members further explored their own musical journeys, the band ended its hiatus with the 2020 release of "The Raging Wrath of the Easter Bunny Demo", a reimagined take on the act's first, 1986 demo. The talented unit's Halloween 2020 streaming special, "The Night They Came Home", showcases performances of songs from the aforementioned album, spiced with interesting cameos (including Henry Rollins of BLACK FLAG, Josh Homme of QUEENS OF THE STONE AGE and KYUSS, Buzz Osbourne of the MELVINS, Eric Andre and Brian Posehn),several covers and more. Ipecac Recordings has immortalized the incredible evening with the nearly two-hour film, which is available in various formats including VHS.

While the CD portion features remastered audio, the film itself showcases MR. BUNGLE's performance, Neil Hamburger's opening set, three official music videos ("Raping Your Mind", "Eracist" and "Sudden Death"),as well as extended behind-the-scenes footage. Sure, the genre-bending ensemble has been known for playing hopscotch between disco, avant-garde, ska, jazz, funk and more, but as guitarist Trey Spruance states in the interview portion early in the film, those styles were essentially additional limbs that grew from the tree rooted solidly in the soul of heavy metal. The material from that early demo proves this point, and the rebirth of those songs are given the royal treatment as Spruance, bassist Trevor Dunn and notorious vocalist Mike Patton are joined by ANTHRAX guitarist Scott Ian and former SLAYER drummer Dave Lombardo, both of whom seem to be permanent MR. BUNGLE members now.

"It's metal to us," Patton reflects about the band's earliest music, which they wrote when they were 15 and 16-year-old kids. "But what I've realized over the years is that it kind of isn't. It's more like Laurel and Hardy death metal as opposed to real metal." Patton's self-assessment is on point. The bookends, the stylings and the banter within the film highlight MR. BUNGLE's marriage of metal and comedy. But the comedic element isn't just lowbrow humor, although that element is there. The comedic value is deeper, entailing something that's clever and sublime.

The streamed concert was filmed in their Eureka, California stomping grounds — in the Eureka Public Library, to be precise. Eureka is the small Northern California logging municipality where the members of MR. BUNGLE grew up. The proper set begins with the "Mister Rogers' Neighborhood" theme song, which is delivered with a smooth quirkiness and punctuated with moments of heavy metal thunder. MR. BUNGLE's absurd kind of humor isn't necessarily always comedically funny, but there is something appealingly disturbing about it. MR. BUNGLE's eccentricities are of course ample and in-your-face; however, the overall musical format is clearly thrash metal, with generous portions of classic heavy metal and punk thrown in for good measure. Who else could cover SLAYER's "Hell Awaits", break right into SEALS AND CROFTS's"Summer Breeze" and do so in a way that somehow makes sense?

Considering how long Lombardo has been working with Dunn and Patton, as well as the obvious personal chemistry amongst the members, including Scott Ian, on display in the film, we might be blessed with an enduring heavy metal-based incarnation of MR. BUNGLE. Whatever the case may be, "The Night They Came Home" is an incredibly bizarre and extraordinarily creative thrash metal album.