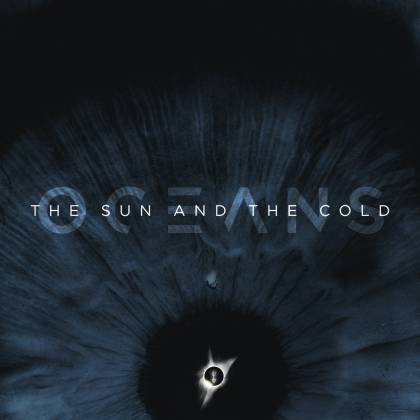 The Sun and The Cold

Kicking the year off with a dizzying rush of gloom, OCEANS must be one of the most distinctive new bands to get a major push from a big label in 2020. Signed to Nuclear Blast after a smattering of low-key releases and a flurry of online attention, the German/Austrian crew have existed for less than two years, and yet there is something timeless and instantly admirable about the sound they showcase on this remarkable debut. Whether or not the slightly clumsy tag "post-death metal" will ever catch on is up for debate, but "The Sun and The Cold" certainly eschews the vast majority of tried and tested formulae in its pursuit of new ways to channel heartbreak and fury.

That said, there are undeniable shades of AMORPHIS evident in the opening title track, and fans of KATATONIA, mid-period PARADISE LOST and recent INSOMNIUM will undoubtedly find plenty of familiar elements to embrace. But these are not typical songs and OCEANS are not a typical European dark metal band: even at their catchiest, on the anthemic "We Are The Storm" and recent single "Paralyzed", melodies are insidious rather than showy and proggy dynamics are used sparingly. At their heaviest, as on the monstrous march of "Dark", blastbeats and deathly churn are as fundamental to the OCEANS experience as the more fragile, melancholy elegance of the album's gentler moments.

The oddest thing about "The Sun and The Cold" is the intermittent intrusion of subtle but unmistakable '90s alternative rock and nu-metal vibes: "Take The Crown" is particularly redolent of that whole era, but OCEANS' underlying grit and adherence to modern levels of heaviness just about rescue it from sounding like a STAIND deep cut. Elsewhere, that jarring aesthetic shift is employed with greater finesse, and the resultant hybrid is genuinely exciting, imbuing the likes of "Shadows" and "Truth Served Force Fed" with an almost old school sense of urgency. Elsewhere, "Water Rising" is the album's most startling curveball; a warped waltz with a menacing undertow, it ebbs and flows with malicious swagger and an unhinged vocal from the otherwise resolutely on-point (and excellently named) Timo Rotten. Closing track, "Hope", provides a suitably grim and gripping climax, as clattering rhythms and chiming post-rock guitars collide.

While "The Sun and The Cold" is not a perfect debut, and certain songs suggest a mild fogginess of vision, first albums as assured, idiosyncratic and sonically huge as this are few and far between. In terms of potential, OCEANS could easily be the next big thing.