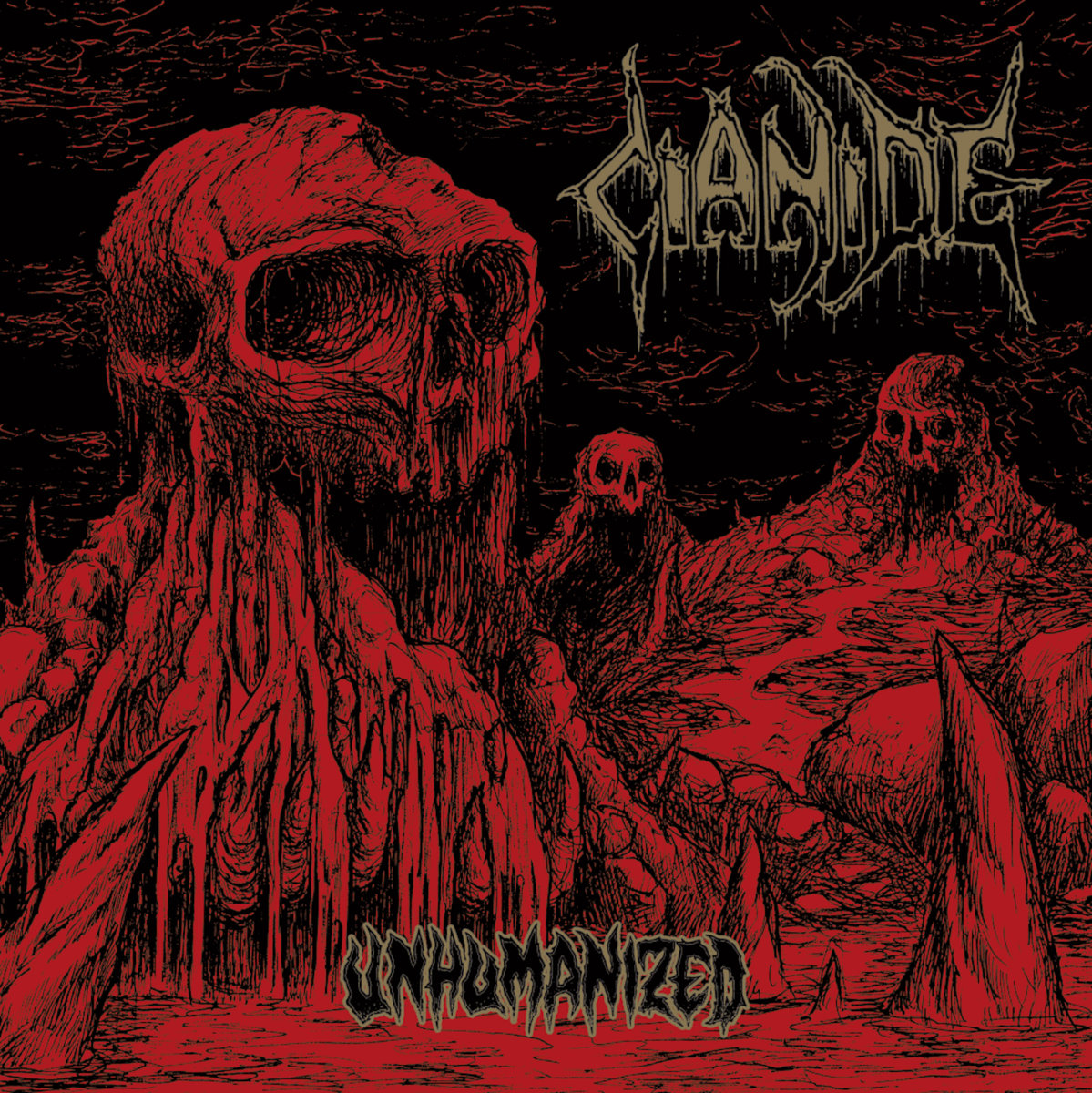 Fuck Christmas. Fuck New Year. Only death metal is real. CIANIDE have been flying the flag for old-school extremity for so long now that the only real surprise to be found on "Unhumanized" is that the Chicagoans remain proudly impervious to evolution or the march of time. Although marginally less prone to slowing down than they were back in the days of classic debut album "The Dying Truth", these five fists to the jaw adhere to the exact same ethos that first made CIANIDE such underground favorites. And while you might question the wisdom of releasing this EP in between Christmas parties and New Year celebrations, there is no questioning the imperious quality of the whole thing.

With a sound that almost literally reeks of Chicago streets, CIANIDE sound even more pissed off and bellicose in 2019 than they did on their last full-length, 2011's "Gods Of Death". Rawer and more live-sounding than more recent efforts, opening blaster "Serpent's Wake" tells you everything you need to know: the riffs are brutish, primitive and spiky as hell, the vocals are guttural but clear and the transitions from heads-down clatter to lumbering doom are seamless and utterly organic. As much as death metal's bewildering diversity has become its greatest strength, there remains something uniquely exhilarating and good for the blackened soul about hearing the genre stripped down to its fire-damaged fundamentals. CIANIDE are an absolutely ripping heavy metal band at heart, with a collective boner for HELLHAMMER and CELTIC FROST that ensures that everything comes shrouded in Satan's stench.

This EP's pounding title track has a runaway steamroller vibe, as horror erupts in slow motion, underpinned by an unstoppable deathly thud. "The Weapon of Curse" is a torrent of pure filth, like a VENOM seven-inch played at 33 rpm, with blackened riffs and thuggish, tribal drums. "Traitors" is a flat-out death metal shitkicker, aimed squarely at anyone who has ever got drunk to the sound of a NIHILIST demo. Finally, "Shadow of the Claw" edges the contest with creepy, slow motion psych-sludge and what can only be described as murderous brontosaurus vibes. Even by CIANIDE's exacting standards, the riffs are all disgustingly heavy.

Fans of AUTOPSY, ASPHYX and BOLT THROWER will be all over this already, of course. Everyone else needs to get involved too, because these cult heroes are sounding pretty damn legendary right now. Time to pay your respects. Hail death!