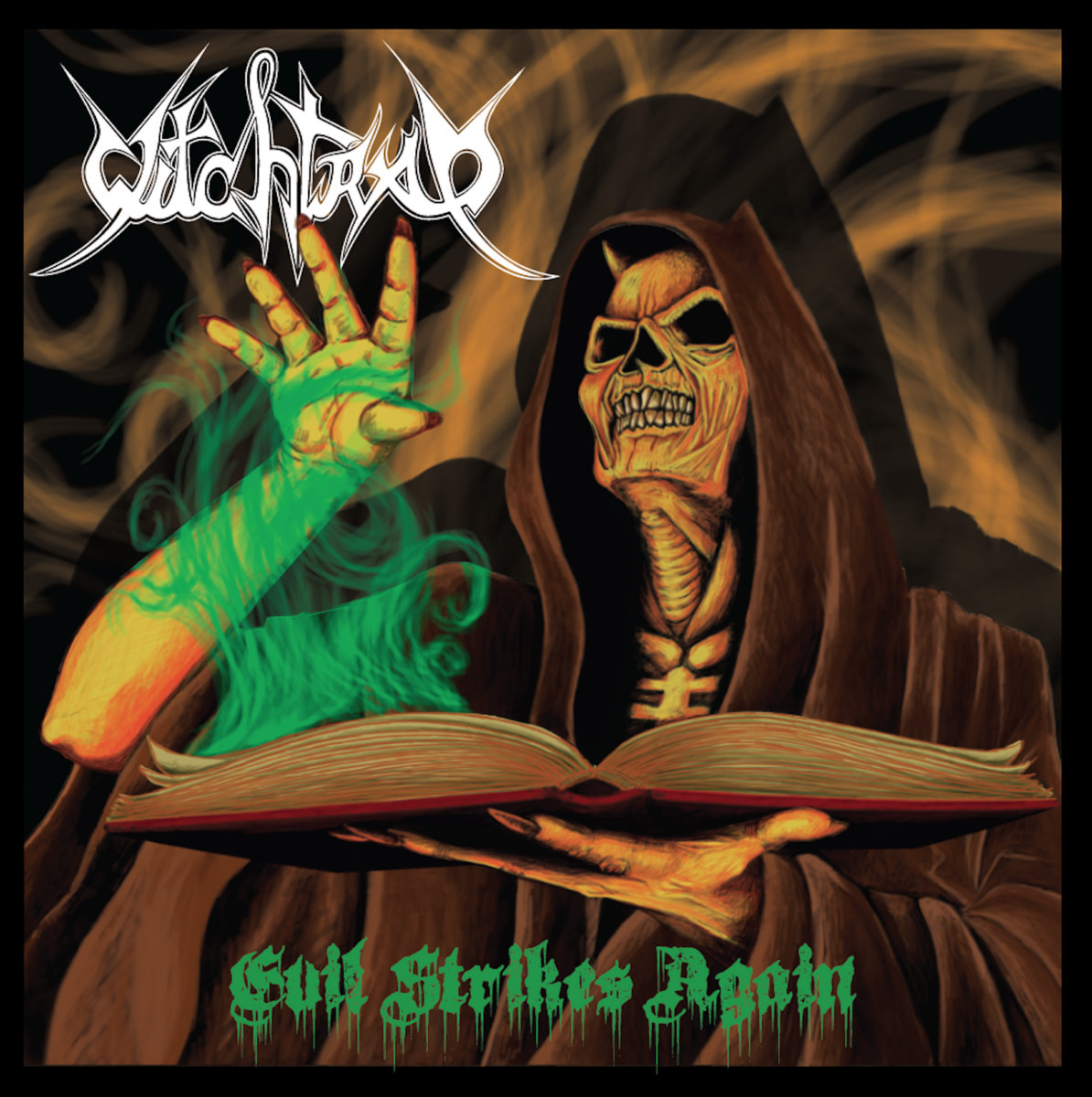 First released digitally back in March, WITCHTRAP's fifth studio album is yet another blistering example of the enduring power of balls-out, blackened thrash metal. If recent music from the likes of MIDNIGHT, WHIPSTRIKER, HELLRIPPER and DEVASTATOR has made your genitals twitch, "Evil Strikes Again" must surely be another mandatory purchase. There is something grubbily authentic about this Colombian trio's sound, and the production here is undeniably raw and old school, but it's the lethal sharpness of the band's songwriting that clinches the deal.

"Midnight Rites" is a scorching blend of heads-down clatter and slow-motion grimness, packing in a startling number of great riffs and warped ideas into its compact, four-minute duration. "Evil Strikes Again" is an instant classic with strong echoes of first album SLAYER and VENOM at their most destructive. It's a new speed metal anthem for the ages, replete with a sensational lead break from frontman Burning Axe Ripper (which, I'm guessing, may not be his real name). "Return to Hell" is another SLAYER-ized rampage, steeped in the post-SABBATH rumble of the early '80s, but with an extra helping of that unmistakable South American snottiness. The album's dark, dismal centerpiece, "The Devil's on the Loose" stirs five decades of underground hostility into a vicious, rivet-encrusted headbanger, with serrated-edge riffing, thuggish D-beats and an unrelenting, breathless pace. Admittedly, WITCHTRAP are not a band with any interest in evolution. Despite sounding bigger and better than any previous album, "Evil Strikes Again" is an honest exercise in black-thrash purism, all executed with the kind of vein-popping exuberance that only the truly diehard can offer.

The most telling moment on "Evil Strikes Again" is the self-explanatory "Death to False Metal". It takes a brave band to borrow anything from MANOWAR, but it's hard to imagine that Joey DeMaio would disapprove of the ruthless focus and myopic adherence to an ancient code that makes this record such a dirty, unpretentious triumph. Listen carefully and you'll hear rock 'n' roll's black heart beating its approval.