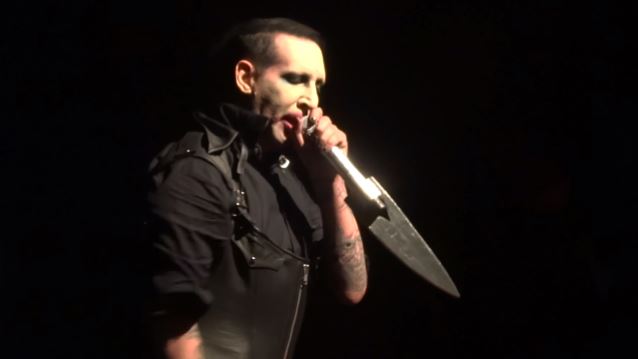 According to LehighValleyLive.com, a 26-year-old man was arrested after clashing with police during Saturday's (January 31) MARILYN MANSON concert at the Sands Bethlehem Event Center in Bethlehem, Pennsylvania.

After first fighting with event center security on the event floor, the man was approached by Bethlehem police officer James Smith and detective Moses Miller, who tried to handcuff and arrest him. He then proceeded to flail his arms, kick his legs and try to get up and run away from police.

The California resident was arraigned Sunday on charges of resisting arrest, public drunkenness and disorderly conduct. He was jailed after failing to post $5,000 bail.

Manson's American "The Hell Not Hallelujah Tour" kicked off January 21 in Washington D.C.