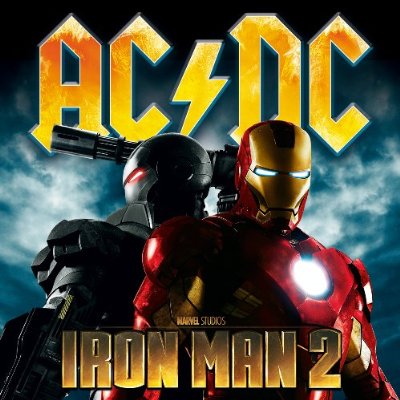 Through a unique collaboration between Marvel Studios and Columbia Records, AC/DC's music was featured in Marvel Studios' "Iron Man 2", the sequel to the 2008 blockbuster film.

The film opened internationally on April 28, 2010. In the U.S., the film was distributed by Paramount Pictures and was released on May 7, 2010.

The debut video from "AC/DC: Iron Man 2" was the AC/DC's classic album cut "Shoot To Thrill", which was filmed live in Buenos Aires during the band's highly acclaimed Black Ice World Tour, the second-highest-grossing world tour of 2009 according to concert industry trade publication Pollstar. The video also incorporated exclusive footage from "Iron Man 2".

"Shoot To Thrill" was originally recorded for the band's 50-million selling album "Back In Black", one of the best-selling albums of all time.

"Jon Favreau's vision and passion for AC/DC's music blend seamlessly into this incredible film" said Steve Barnett, co-chairman of Columbia Records. "The music really underscores the high energy and excitement of the film."