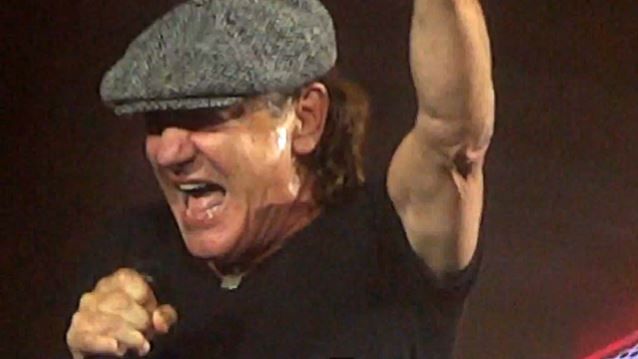 According to the Chicago Tribune, between 15 and 20 noise complaints were received from Wrigleyville-area residents about AC/DC's sold-out concert at Wrigley Field in Chicago, Illinois Tuesday night (September 15).

The noise calls Tuesday were mainly from residents north and northwest of the ballpark.

It was reported earlier in the week that AC/DC's concert at Wrigley Field would include the use of pyrotechnics for three songs, with helicopters capturing aerial shots of the band's performance for future DVD release.

AC/DC's sixteenth studio album, "Rock Or Bust", has sold around 547,000 copies since debuting at No. 3 on the Billboard album chart back in December.

The band's North American tour will wrap on September 28 at Dodger Stadium in Los Angeles.