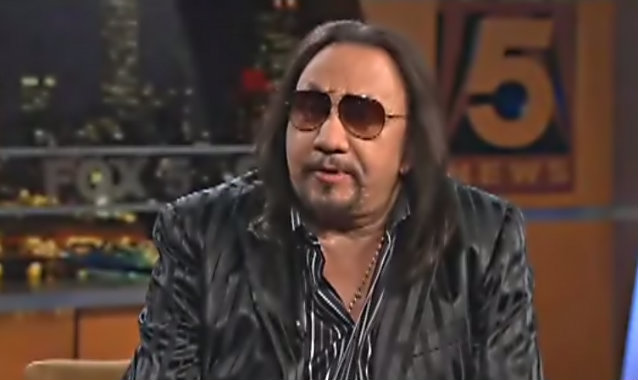 Asked what the songwriting process was like for "Space Invader", Frehley told Guitar World magazine: "You know, all my life I've never had a formula for writing songs. Sometimes it starts with a guitar riff, sometimes it's a lyrical idea or just a melody. Sometimes I wake up with an idea. There's no rhyme or reason. Sometimes I write on an acoustic, sometimes on a bass. There's a song on the new album called 'Into The Vortex'. It's a riff song, but I wrote it on a bass guitar. Why? Because I write differently with a bass guitar in my hand than an acoustic guitar or an electric guitar. When I feel creative, I just sit down and start playing."

Ace also spoke about the recording process for "Space Invader", telling Guitar World: "I did most of the recording at my friend's studio in Turlock, California, called the Creation Lab. Turlock is in the middle of nowhere — it's like a farming community — and that's why I loved it. I have Attention Deficit Disorder, and there are absolutely no distractions when working at this place. You record for eight or 10 or 12 hours, then you go back to the hotel and go to sleep. You wake up and go back to the studio. There's nothing else to do there, which means it's the perfect place for me to record. Plus, I like working with the least amount of people, and this studio is great because it's quiet and there aren't all kinds of people walking through. I did most of this record with just me and a drummer, Matt Starr. For a couple of songs I brought in Chris Wyse from THE CULT to play bass."