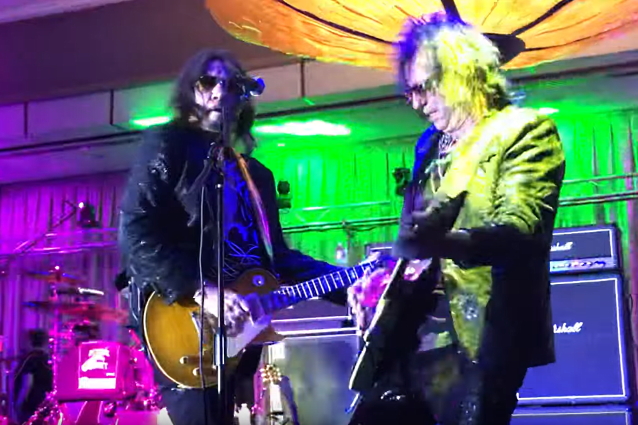 On October 29, Ace Frehley reunited with his former FREHLEY'S COMET bandmates John Regan (bass),Tod Howarth (guitar/lead vocals) and Richie Scarlet (guitar/lead vocals) to perform a couple of songs at the "Kruise Fest" music festival and rock and roll expo at the DoubleTree Hilton Convention Center in Miami, Florida. Fan-filmed video footage of the performance can be seen below.

Frehley, Regan and world-renowned drummer Anton Fig formed FREHLEY'S COMET in 1984. The band went on to sell well over 1.5 million albums and had multiple MTV music videos in heavy rotation from 1987 to 1990.