Aleksander "Olass" Mendyk, guitar player for long-running Polish thrash band ACID DRINKERS, died on November 30 in Krakow. The cause of death has not yet been determined. He was 29 years old.

Formed in 1986, ACID DRINKERS has played over 500 gigs, including support slots with such international artists as DEEP PURPLE, MEGADETH, BRUCE DICKINSON, SEPULTURA, PARADISE LOST and SLAYER.

ACID DRINKERS are three-time recipients of the Fryderyk award (in 1998, 2000, 2004),which is the Polish equivalent of the American Grammy or the UK's Brit Award. 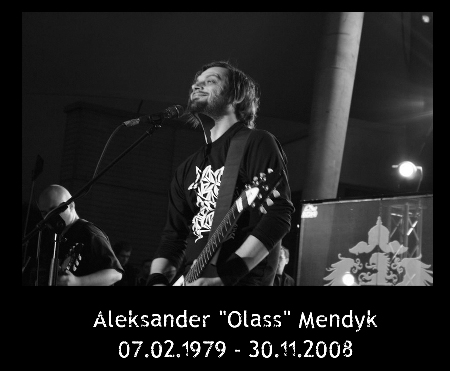