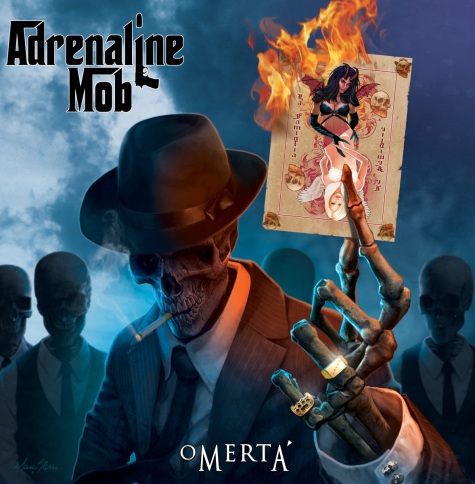 ADRENALINE MOB To Rock Out At RAMPAGE Game In San Antonio

The Natural Ear Music School is owned and operated by Moyer and teaches kids to play rock 'n' roll by ear by grouping kids in a similar age and experience range to form a functional band unit. The school was established in Austin, Texas in 1991 will open a school in San Antonio this summer.

Tickets start at $10 and can be purchased by calling a Rampage representative at 210.444.5554 or online at sarampage.com.

ADRENALINE MOB travelled to Los Angeles earlier in the month to film a video for the song "Indifferent". The clip, which was directed by Scott Hansen (A DAY TO REMEMBER, UNEARTH, WILLIE NELSON),was shot in the desert in California and throughout Los Angeles and should be making its debut in the next few weeks.

"Indifferent" comes off ADRENALINE MOB's debut album, "Omertá", which sold around 6,600 copies in the United States in its first week of release to land at position No. 70 on The Billboard 200 chart. The CD was released in Europe on March 19 in Europe via Century Media Records and in the U.S. on March 13 through the newly formed Elm City Music in conjunction with EMI Label Services.

ADRENALINE MOB will embark on a European tour in June.