Every day, the American Red Cross helps people facing emergencies of all sizes; when major storms like Hurricane Ian and Hurricane Nicole impact a large area of the U.S., they mobilize volunteers and supplies for preparedness and recovery operations; when a family is devastated by a home fire, they provide shelter, food and more. But before any of this can happen, their volunteers must get to where they're needed. To do this, the Red Cross depends on a large fleet of community emergency vehicles — sedans, vans and trucks — that are vital to fulfilling their mission every day.

As part of an effort to assist disaster relief and beyond, AEROSMITH has donated two community emergency vehicles to the Red Cross of Central Florida. The two 2023 Chevrolet Silverado trucks are in production and will be delivered in the spring of 2023. In recognition of this generous support, the vehicles will feature the band's signature "Walk This Way" logo.

"AEROSMITH and I were devastated by the disastrous impact of Hurricane Ian. Too often we are seeing these disasters increase in frequency and intensity due to climate change, having a strong Red Cross is more critical than ever before," said AEROSMITH guitarist Joe Perry, who is a resident of Sarasota, Florida. "We're proud to support the Red Cross and we know these vehicles will be an important tool helping people in need for years to come."

"During a local disaster, Red Cross community emergency response vehicles are among the first on the scene, driven by compassionate volunteers who provide emergency relief and emotional support," said Eric Corliss, regional CEO, American Red Cross of Central Florida and the U.S. Virgin Islands. "Every day, the Red Cross is at work across Central Florida helping individuals and communities prepare for disasters and other emergencies. These two new vehicles will be essential to fulfilling that part of our mission."

Over a month after Hurricane Ian devastated large areas of Florida and with the wake of Hurricane Nicole still being assessed, hundreds of people remain in shelters and thousands more are depending on the American Red Cross for support.

Dozens of Red Cross emergency vehicles are delivering hot meals to families in the hardest hit areas. Red Cross emergency shelters and aid stations remain open, and specially trained volunteers are meeting with residents to help plan their next steps.

AEROSMITH bassist Tom Hamilton said: "My family has a small place in the area that was hit hardest by Ian. We've been going there every year for almost thirty years. Our house was severely damaged and our hearts as well. We know others were affected even more so I'm very grateful to be able to make a contribution towards helping people get their lives back to normal. We made it through Charlie; we'll make it through this one!"

Since Ian first threatened Florida, more than 3,000 Red Crossers have supported relief efforts, and, with the help of our partners, provided more than 1.7 million meals and snacks, and some 404,000 relief items like cleaning supplies and comfort kits.

Celebrating their 50th anniversary, Rock And Roll Hall Of Fame inductees AEROSMITH have sold more than 150 million albums around the world, produced genre-defining music videos such as "Amazing", "Crazy", "Janie's Got A Gun", "Livin' On The Edge" and "Love In An Elevator", and launched extravagant record-shattering global tours, most recently with their smash hit Las Vegas residency. The band has broken numerous boundaries, including becoming the first rock band with a massive commercially successful hip-hop collaboration with RUN-D.M.C. on "Walk This Way" and the first hard rock band to appear during a Super Bowl halftime show with their 2001 performance, and in 1999, AEROSMITH became the first band to have their own themed attraction at Disney World in Florida and later Paris with the launch of the Rock 'N' Roller Coaster Starring Aerosmith. 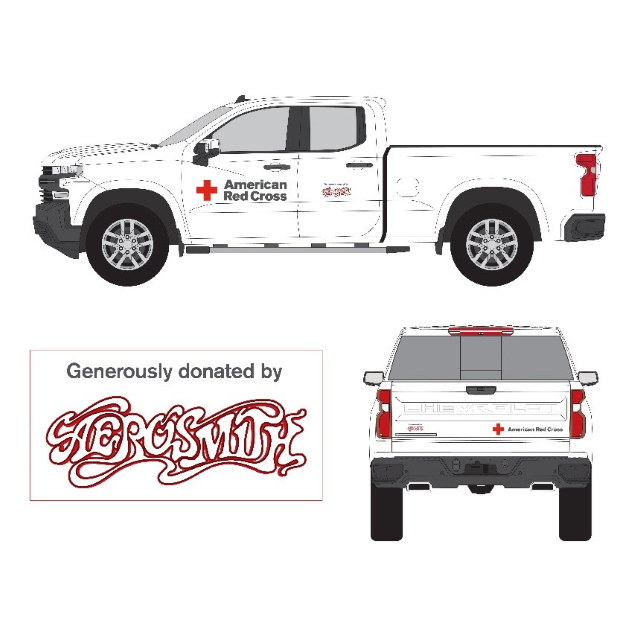