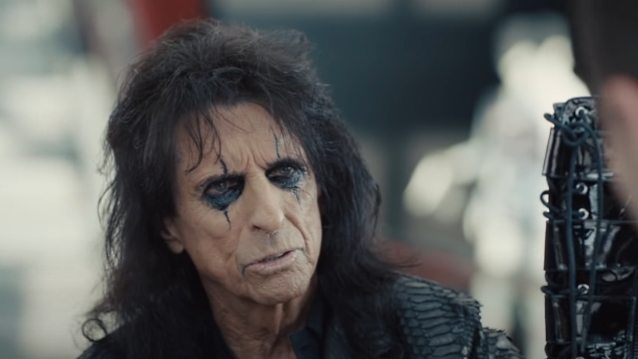 The commercial for Progressive's popular "At Home With Baker Mayfield" campaign features Mayfield and his wife, Emily, living inside FirstEnergy Stadium, home of the Browns.

In "Package Mixup With Alice Cooper", Mayfield brings a box that was wrongly delivered to him at the Stadium to its correct destination at the Rock And Roll Hall Of Fame, which is within walking distance, located about two-tenths of a mile away. When Cooper answers the door, Mayfield says: "Hey, Baker from next door. I think I got one of your packages. I opened it by mistake. Mayfield then pulls out a big boot big, at which point Alice asks: "You're sure they're not yours?" "Pretty sure," says Mayfield. "Online shopping... It's my curse," says Cooper. "You and me both," replies Mayfield.

When the commercial was filmed in July, the Browns quarterback told the Associated Press that he knew only a little about Cooper before their first meeting, having previously heard the rocker's classic song "School's Out". At the time, Mayfield said about Cooper: "Just an amazing person. Truly, not what I was expecting. 'He's a Detroit fan, which I didn't know. But if you're born there, you've got to be a Lions fan. He's a fun guy who takes his work very seriously. He was practicing his lines and I thought it was cool to see someone at that level still taking it that seriously."

Alice and his solo band played their first concert in a year and a half on September 17 at Ovation Hall at Ocean Casino Resort in Atlantic City, New Jersey.