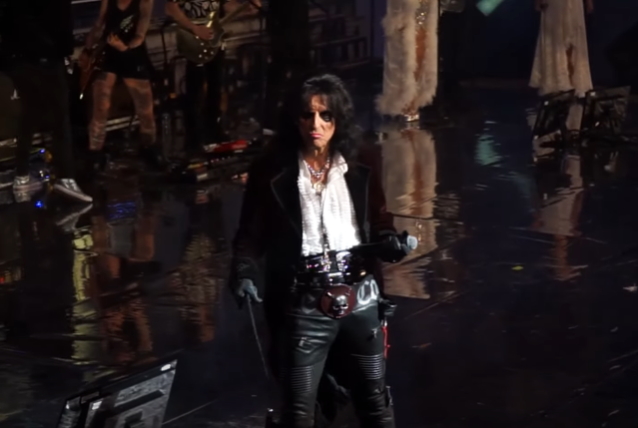 On Monday, June 27, songwriter Desmond Child held a special concert at the legendary Odeon of Herodes Atticus, a Roman theater which was built in 161 A.D., in Athens, Greece. The event featured guest appearances by some of the artists Desmond has worked with over the years, including Alice Cooper, Bonnie Tyler and Kip Winger.

The concert was organized by famous Greek songwriter Phoebus in collaboration with the Greek ministry of culture with a noble cause to support and bring awareness to the global cry for the reunification of the Parthenon Sculptures to Greece.

Child played some of his greatest hits accompanied by some of the artists he wrote them for. Cooper stole the show with "Poison" and "Bed Of Nails" that he performed with Desmond on piano and Winger on bass. Cooper's wife, Sheryl, contributed backing vocals with the other singers. Tyler, for whom Desmond co-wrote "Hide Your Heart", appeared to sing the song, as well as "If You Were A Woman And I Was A Man".

At the show's finale, Cooper, Tyler, Winger and all the other guests, including famous Greek pop star Sakis Rouvas, Rita Wilson (Tom Hanks's wife, who is of Greek descent),THE RASMUS, Justin Benlolo, Tabitha Fair, Chris Willis, Andreas Carlsson and George Lembesis, all dressed in white (except Cooper) to sing one of Child's most popular songs, "Livin' On A Prayer", to the audience's delight.

Greece's minister of culture Lina Mendoni and alternate minister of foreign affairs Miltiadis Varvitsiotis were among the spectators at the sold-out event.

Prior to the concert, the organizers said: "This unique, unrepeatable concert will not only draw the attention of the international community to Greece, its people and Greek culture, but, most importantly, will pay tribute and declare its support for the ongoing global campaign for the reunification of the Parthenon Marbles."

"I have been coming to Greece with my family for decades and I love this country with all my heart! I really feel like my second home."

A review of the concert from RockPages.gr, including high-quality pictures of the show, can be found at this location.

George Osborne, the chairman of the British Museum, recently expressed his optimism that the museum in London and Greece could agree on an arrangement where they both share the Parthenon Marbles. The fifth-century-B.C. works have been housed at the British Museum since the early 19th century.

In an interview on the LBC radio station earlier in the month, Osborne said that a "deal is to be done where we can tell both stories in Athens and in London if we both approach this without a load of preconditions, without a load of red lines… Sensible people could arrange something that makes the most of the Parthenon marbles but if either side says there's no give at all, then there won't be a deal."

When asked if some of the marbles could "be moved to Greece at least for a while and then they would come back to London", Osborne said that "this kind of arrangement" might be suitable though he cannot "talk for all of the trustees of the British Museum." 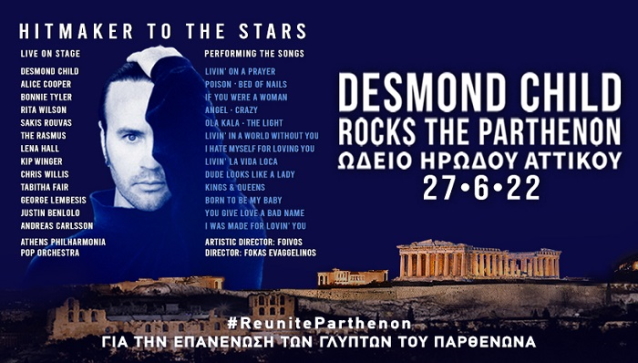