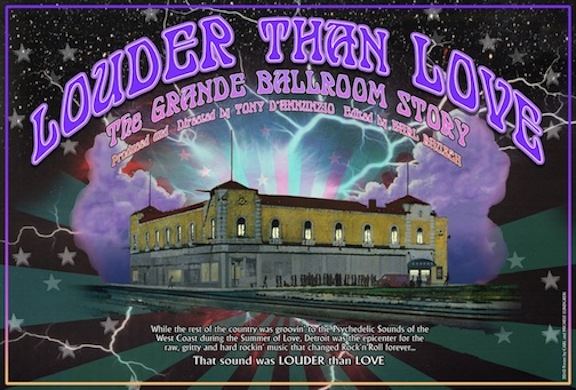 "Louder Than Love - The Grande Ballroom Story", produced and directed by Tony D'Annunzio, is coming to home video on June 10 via MVD. The film has been to over 35 festivals from Detroit to L.A. to London and Australia.

"Louder Than Love" debuted to standing ovations at the world premiere April 5, 2012 at the Detroit Film Theatre at the Detroit Institute of Arts, followed by 35 different film festivals across the globe including sold out screenings at Rock and Roll Hall of Fame and Museum, Nashville Film Festival, CBGB / NYC Music & Film festival, Sheffield Doc/Fest and Australia DocWeek. It screened at the Traverse City Film Festival and was personally handpicked by Michael Moore, who described it as "an amazing look back at the talent and creative culture produced in this state."

It has won numerous awards including Best Doc at Las Vegas International Film Festival and D'Annunzio was nominated for Best New Film Director at the LA New Directors Film Festival. Most recently, the film was broadcast on PBS and became one of their best received pledge drives.

The Grande Ballroom era is potentially the greatest untold story in rock and roll history," says D'Annunzio, a Detroit native. "With everything Detroit has been through in the last several decades, I wanted to let folks know that aside from the automobile industry, the city has some amazing musical history which helped shape American pop culture."

While the West Coast was grooving to the sounds of the "Summer Of Love" in 1967, Detroit was pumping out a hard-driving, gritty, raw sound. At the epicenter of this seminal music scene stood the Grande Ballroom, Detroit's original rock and roll palace. That sound was Louder Than Love. "Louder Than Love - The Grande Ballroom Story" relates the story of the hallowed halls that started it all, as told by the artists and fans who helped fuel the Grande phenomenon.

In the late 1960s, the Grande helped to break some of America's most iconic rock bands including MC5, Iggy and THE STOOGES and Ted Nugent and the AMBOY DUKES, who influenced local musicians and inspired bands all over the U.S. and Great Britain. Legendary acts such as LED ZEPPELIN, CREAM, B.B. King, Janis Joplin, PINK FLOYD and THE WHO played the Grande main stage on a regular basis. D'Annunzio amassed more than 75-plus hours of interviews with artists and other insiders from The Grande's heyday including musical icons B.B. King, Alice Cooper, Roger Daltrey, Scott Morgan, Mark Farner, Tom Morello, Wayne Kramer, Lemmy, Ted Nugent, Henry Rollins, Don Was, Slash, Dick Wagner and James Williamson. He also collected over 500 never-before-seen archival photos-taken by professional photographers and fans-of performers such as THE WHO, Howlin' Wolf, Albert King, CREAM, PINK FLOYD, JEFF BECK GROUP, MC5, TRAFFIC, and IRON BUTTERFLY.

"We have incredible 8mm film of THE WHO performing 'Tommy' for the first time, including an audio recording by Pete Townsend explaining 'Tommy' to The Grande audience. Both have never been seen or heard in any documentary," D'Annunzio notes. 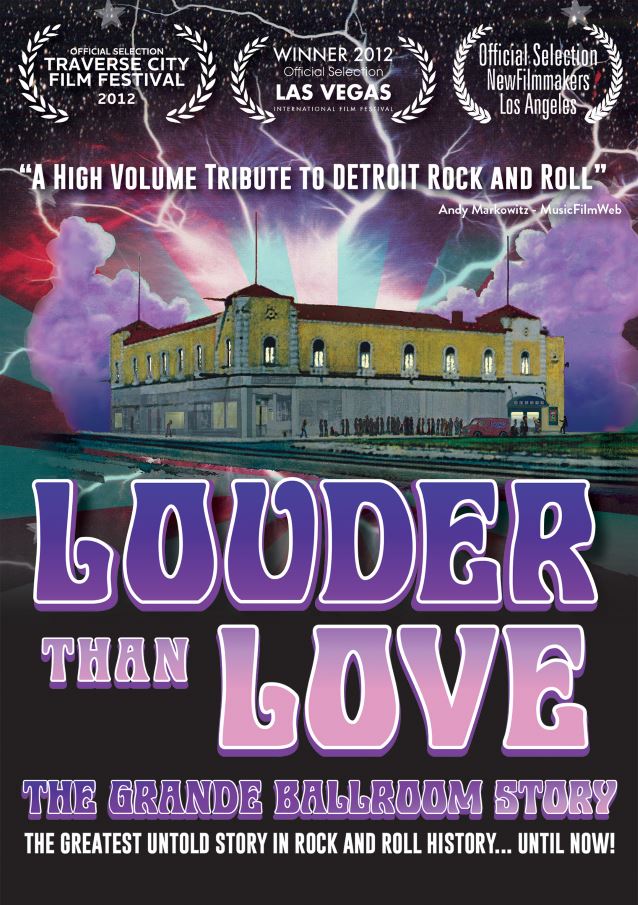