In advance of the June 9 release of "Permanent Damage: Memoirs Of An Outrageous Girl", co-author Lyndsey Parker, Alice Cooper, singer Arrow de Wilde of STARCRAWLER and Pamela Des Barres with moderator Lina Lecaro will discuss the book at a Grammy Museum digital event available beginning June 3. The "Permanent Damage" event is as part of Collection:live, the Grammy Museum's new official online streaming service. More details can be found here about the event and read more here about key takeaways from the book.

"Permanent Damage: Memoirs Of An Outrageous Girl" shows us the world of the 1960s and 1970s music scene through Mercy Fontenot's eyes, as well as the fallout of that era — experiencing homelessness before sobering up and putting her life back together. Written just prior to her death in 2020 with veteran music journalist Lyndsey Parker, Miss Mercy's journey is a can't-miss for anyone who was there and can't remember, or just wishes they'd been there.

Mercy Fontenot was a Zelig who grew up in the San Francisco Haight Ashbury scene, where she crossed paths with Charles Manson, went to the first Acid Test, and was friends with Jimi Hendrix (she was later in his movie "Rainbow Bridge"). She predicted the Altamont disaster when reading THE ROLLING STONES' tarot cards at a party and left San Francisco for the climes of Los Angeles in 1967 when the Haight "lost its magic."

Miss Mercy's work in the GTOS, the Frank Zappa-produced all-female band, launched her into the pages of Rolling Stone in 1969. Her adventures saw her jumping out of a cake at Alice Cooper's first record release party, while high on PCP, and had her travel to Memphis where she met Al Green and got a job working for the Bar-Kays. Along the way, she married and then divorced Shuggie Otis, before transitioning to punk rock and working with the Rockats and Gears. This is her story as she lived and saw it.

Parker is the music editor at Yahoo Entertainment and host of the daily SiriusXM Volume show "Volume West". Considered an expert in music and pop culture, Parker is an Online Journalism Award nominee and has written for Elle, Mojo, Rolling Stone, NME and Guitar. She has appeared as a commentator for the ABC special "The Show Must Go On: The Queen + Adam Lambert Story", AXS TV's "The Top Ten Revealed" and the documentary "I Want My MTV", as well as for VH1's "Behind The Music, CNN, MTV, The Insider and "Good Day L.A.". She is the author of "Careless Memories Of Strange Behavior: My Notorious Life As A Duran Duran Fan" (one of the first e-books published as part of Rhino Records' all-digital music book series, which went to #1 on the iTunes Music Books chart). 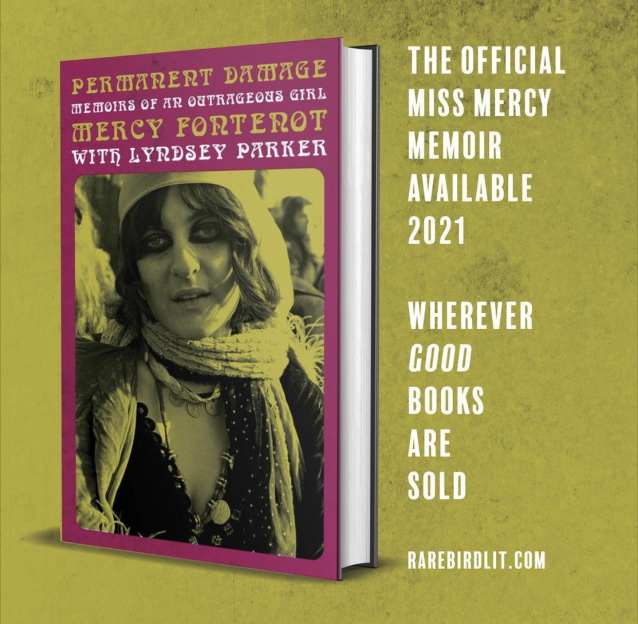