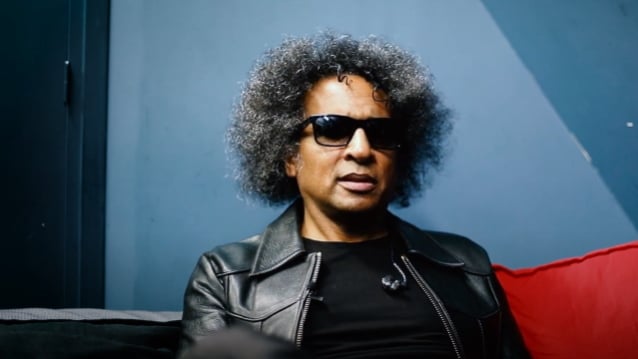 In a new interview with Riff X 's "Metal XS", ALICE IN CHAINS frontman William DuVall reflected on the list of estimable Seattle singers who have died prematurely in recent decades, including SOUNDGARDEN's Chris Cornell, whose 2017 death was ruled a suicide by hanging; NIRVANA's Kurt Cobain, who committed suicide in 1994; ALICE IN CHAINS' Layne Staley, who died of drug abuse in 2002; and MOTHER LOVE BONE's Andrew Wood, who overdosed in 1990.

"Fame is tough," William said (as transcribed by BLABBERMOUTH.NET). "It can take a toll on anyone, no matter how strong you might be, in some ways. It's very taxing. Certainly a high price to pay for a massive gift that I think those bands cumulatively gave to rock culture. It's very sad.

Back in 2018, DuVall spoke to NME about ALICE IN CHAINS' decision to mark the first anniversary of Cornell's passing by covering SOUNDGARDEN's "Hunted Down" and "Boot Camp" at the Rock On The Range festival in Columbus, Ohio. "That was a very moving and poignant experience," he said. "We didn't say much about it beforehand, and we didn't say much about it afterward, because we thought the music said enough.

Cantrell said that Cornell, represented "a strong strain running through [Seattle] — he was always so honest, from the moment I met him. I share a lot of the issues Chris communicated" in his songwriting. "And there's a power in sharing your weakness with the people who need to hear that, so they can consider, 'Fuck, that guy's dealing with it.' You don't feel so alone."

Prior to joining ALICE IN CHAINS in 2006, DuVall was a member of punk rock bands AWARENESS VOID OF CHAOS, NEON CHRIST, BL'AST! and FINAL OFFERING. DuVall's long musical history also includes COMES WITH THE FALL and Cantrell's solo work.