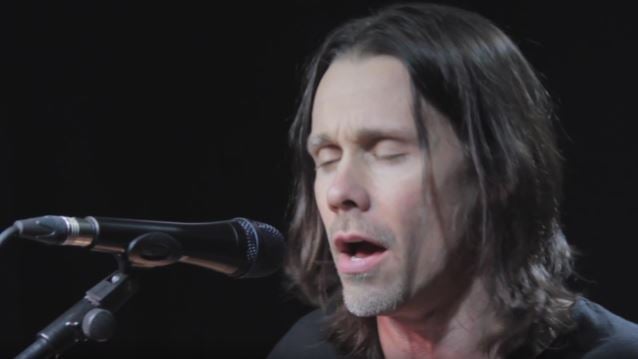 ALTER BRIDGE frontman Myles Kennedy will release a 12-song solo album, "Year Of The Tiger", in 2018. The effort was helmed by ALTER BRIDGE's longtime producer Michael "Elvis" Baskette and was described by Kennedy in a recent interview with Metal Wani as "probably the closest thing to a full-on concept record that I've ever written. I mean, the story is congruent throughout the entire... It basically tells a story from start to finish, and it documents when my father passed away when I was a kid and basically what happened after that with my mom, my brother and I — it tells that story," he said. "So it's a full-on concept from start to finish."

Kennedy has yet to set an exact release date for "Year Of The Tiger", which will feature a guest appearance by drummer Zia Uddin of THE MAYFIELD FOUR, a group Myles descries as his "first real national touring band" back in the late 1990s and early 2000s.

ALTER BRIDGE is continuing to tour in support of its fifth album, "The Last Hero", which came out in 2016.

The group is expected to take most of 2018 off from the road while the bandmembers focus on other projects.

Writing for the follow-up to "The Last Hero" will begin next year, with tentative plans to release the effort in 2019.