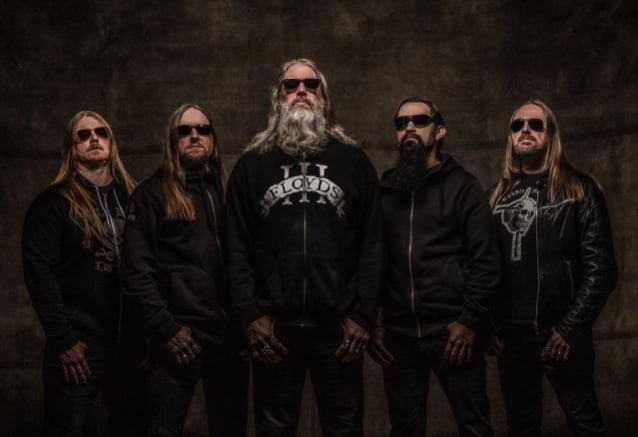 The second in a series of webisodes featuring behind-the-scenes footage from the making of "The Great Heathen Army", the twelfth studio album from Swedish melodic death metallers AMON AMARTH, can be seen below. The LP will arrive on August 5 via Metal Blade.