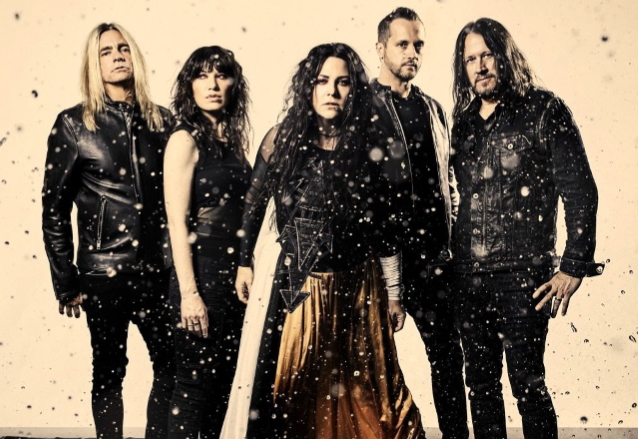 EVANESCENCE has been forced to cancel its concert tonight (Monday, December 5) at Arena Gliwice in Gliwice, Poland as part of the "Worlds Collide" European tour with WITHIN TEMPTATION.

Earlier today, EVANESCENCE singer Amy Lee released the following statement via social media: "We are absolutely gutted to tell you that we will not be able to play for you tonight. There has been a relentless sickness going around our camp and it has, despite every effort, taken hold of my voice. My doctor says I can't perform like this without damaging it, and I am doing everything I can to heal so we can finish this tour.

"I know you are disappointed, believe me we are too, this is just one of those things that is out of our control. We have been looking forward to this for a long time and are already looking at ways to make it up to you. We see you, we're so grateful to you for bringing us here again, for listening to our music, for sharing your hearts with us, we know what it means. I promise we will be back. Until then, keep your head up, stay strong, and keep rockin'!"

WITHIN TEMPTATION will still perform in Gliwice and will put on an extra-special set for fans.

Ticket refunds can be applied for at the point of purchase until January 10.

The "Worlds Collide" trek, which was originally planned for 2020 and later moved to 2021 and then to March/April 2022, finally kicked off on November 9 in Munich, Germany.

EVANESCENCE and WITHIN TEMPTATION have sold millions of records worldwide and have been at the forefront of the music scene for more than two decades. Fronted by two of the most celebrated voices in rock music — Lee and Sharon Den Adel (WITHIN TEMPTATION) — the two bands have headlined arenas and festivals around the globe in their own right.

In recent months, EVANESCENCE had been touring the U.S. on a co-headline run with KORN, appearing at some of the major festivals, including Louder Than Life where Lee made a surprise guest appearance with TENACIOUS D, and seeing its breakout single "Bring Me To Life" re-enter the U.S. iTunes charts at No.1. They have also just announced a U.S. tour with MUSE for March 2023. Amy also took time out to record a breathtaking duet of an EVERLY BROTHERS track with Dave Stewart (EURYTHMICS). 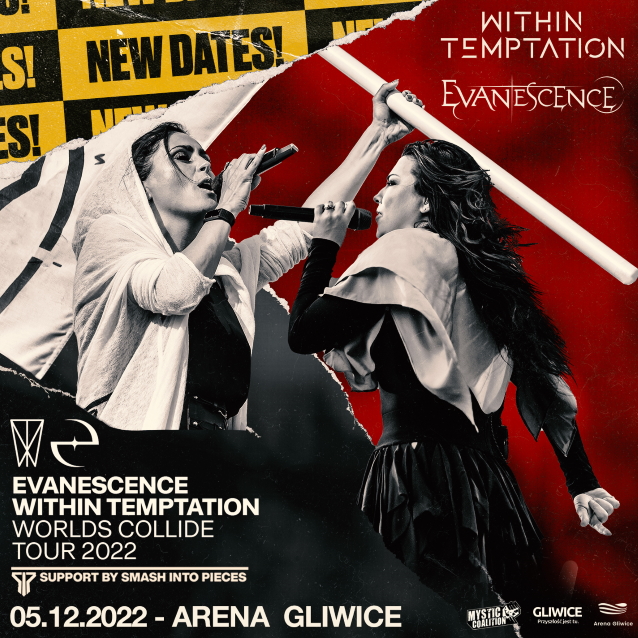