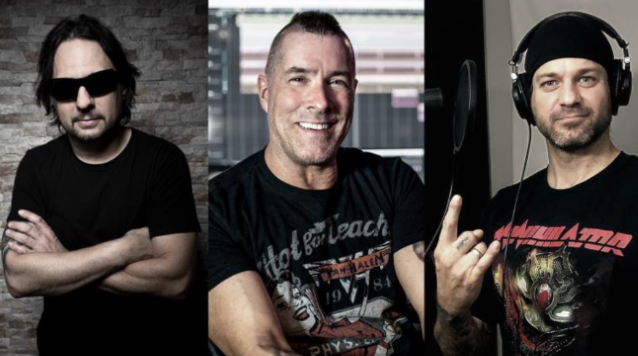 earMusic has announced a remarkable reissue series of (almost) the entire ANNIHILATOR catalog. "Metal II" kicks off this extensive catalog campaign that will give you special editions, bonus material, exclusive and previously unreleased tunes.

And "Metal II" is only the first taste, ahead of a huge catalog campaign covering studio records and long-lost rarities. In total, 18 records are going to be released over the next few years, including the original 2007 version of the "Metal" album.

"Metal II" has been given an incredible overhaul with the one and only Dave Lombardo (SLAYER) killing the drums and lead vocals "re-invented" by the great Stu Block (INTO ETERNITY, ICED EARTH). The guest list on the album is huge: Willie Adler (LAMB OF GOD),Alexi Laiho (CHILDREN OF BODOM),Steve "Lips" Kudlow (ANVIL),Dan Beehler (EXCITER),Jesper Strömblad (IN FLAMES),Angela Gossow (ARCH ENEMY),Jeff Loomis (ARCH ENEMY, NEVERMORE),Anders Björler (THE HAUNTED, AT THE GATES) and Corey Beaulieu (TRIVIUM).

Waters passed over mixing duties to legendary engineer Mike Fraser (AC/DC, VAN HALEN) and it was remastered by Maor Appelbaum.

When Waters was asked, "Which record would you re-do, if you could and why?," with no hesitation it was "Metal". So, what we have now is a 2021 record that is called "Metal II", appropriately, featuring all the original guest tracks from 2007 with Jeff Waters at the helm.

"One of greatest engineers/mixers on the planet, Mike Fraser, was my first choice to mix this one," Jeff says. "It was a challenge as Mike was not brought in to make a record; he was simply there to mix a big mess of tracks that were recorded in 2006 and 2021 and with over 14 players on it. After this difficult mix, I promised Mike that I would do another record with him, from the ground up."

"Dave was in my favorite band ever (SLAYER)," Waters says, "and continues to evolve and play in many diverse bands, like MISFITS, SUICIDAL TENDENCIES, DEAD CROSS, MR. BUNGLE and many other projects. It was an honor to be on the same record as Lombardo. And he uses the 'Reign In Blood' ride cymbal!! Yes! The ACTUAL ride cymbal we hear on that classic record."

Waters reveals that "Stu has been the vocalist that I have (publicly) wanted to be ANNIHILATOR's singer, ever since I heard him in the Canadian band INTO ETERNITY, but I never got the opportunity to get him! He is the next generation of amazing vocalists that is grabbing the microphone from such icons as [Bruce] Dickinson and [Rob] Halford. And our paths SHOULD have crossed a long time ago, but we are here now!

"So I got a hold of them both," Waters continues, "and they both loved the tunes and both said 'FUCK YES'! And I said to Stu, 'You've got three takes', so there's blemishes and warts and fuck-ups everywhere. And I said the same to Dave, 'get it done'. And watching pros do this is mind-blowing because you don't have the best sounds, but you have the best players."

Waters closes, "Although Alexi Laiho's shredding in 'Downright Dominate' and the VAN HALEN song 'Romeo Delight' were recorded a while back, adding Stu and Dave to these songs gave us all the feeling that 'Metal II' is also a fitting tribute to our two fallen guitar heroes. Ed and Alexi, R.I.P."

"Downright Dominate" can now be streamed below.

Canada's ANNIHILATOR is the lifework of Waters. Founded in 1984, the band took the metal scene by storm with its debut 1989 release "Alice In Hell", upped the ante with 1990's "Never, Neverland" and has continued a non-stop career-pattern of releasing records and touring with many of the biggest bands in the metal genre (mostly all outside North America),ever since; cementing ANNIHILATOR as the biggest-selling metal act in Canada's history.

ANNIHILATOR has given the metal world a sound that is one of the clearest, most tasteful mixtures of huge, metal riffs with the idea of the perfect song and some legendary solo shredding as the icing on the cake. Waters and ANNIHILATOR have been a major influence on countless well-known metal acts and musicians around the world. In fact, countless, successful non-metal acts and musicians cite Waters and Co. as an influence in their careers.

Waters is the guitarist, vocalist and writer for ANNIHILATOR as well as a studio owner, producer, engineer and mix and mastering engineer. Waters formed the band with singer John Bates. 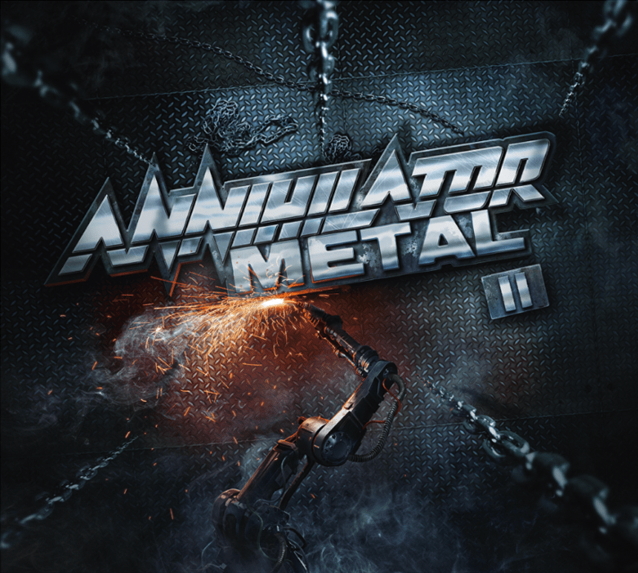