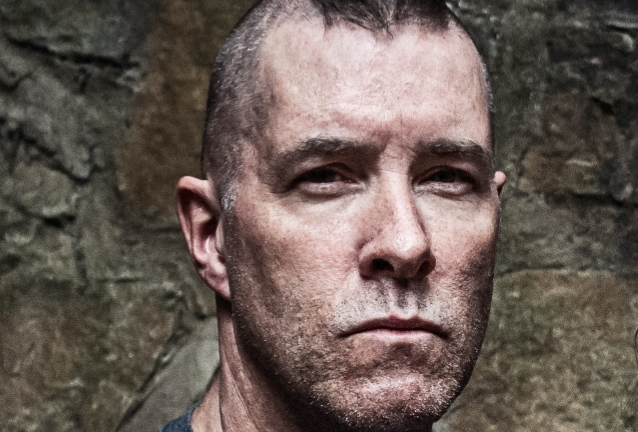 ANNIHILATOR's JEFF WATERS Looks Back On His COVID-19 Battle: 'It Took Me Six Months To Get My Lungs Back'

ANNIHILATOR leader Jeff Waters has once again opened up about his battle with COVID-19, saying that it took him six months to "get [his] lungs back."

The 56-year-old guitarist/vocalist, who moved to the United Kingdom from his native Canada back in 2018, discussed his recent health issues in a new interview with Belgian Jasper. He said (as transcribed by BLABBERMOUTH.NET): "I caught COVID in April 2020, in the beginning. I had a bad, nasty one. I didn't get as far as my friend Will Carroll from DEATH ANGEL where I got put into an induced coma in a hospital, but I got pretty close there for 12 days. It was one of those 'human sitting on your chest' and when you breathe in and out, it sounded like a crackling fire, like a bad asthma attack. And I made it through the 12 days without the ventilation, and I thought I was good. It took me six months to get my lungs back — six months. It was, like, 'What?' And then I had a hernia thing. It got bad and I had a surgery then. And then kidney stones from eating like crap. So since then, I've just done it all. I've been walking. I eat the most incredible diet that you would not believe… And I finally got the energy back. But, yeah, it was a year and a half of that."

He continued: "Compared to some of the people I know and that we know and that the world knows, I had it easy. I'm lucky that I'm relatively healthy and there are good people and I'm not in financial danger and [I have] a lot of friends and a lot of support. And you know what? Despite the ridiculous leadership here and the government of the U.K. — I didn't say that; I'm not political, publicly — but despite all that, they have an amazing health care system. And me as a Canadian who had a good life in Canada when I was there four years ago, the U.K. health care system is freakin' awesome. So I was a lucky guy compared to a lot of people."

earMusic recently announced a reissue series of (almost) the entire ANNIHILATOR catalog. Kicking off this extensive catalog campaign is "Metal II", which has been given an overhaul with Dave Lombardo (SLAYER) on drums and lead vocals "re-invented" by Stu Block (INTO ETERNITY, ICED EARTH). The guest list on the album iincludes: Willie Adler (LAMB OF GOD),Alexi Laiho (CHILDREN OF BODOM),Steve "Lips" Kudlow (ANVIL),Dan Beehler (EXCITER),Jesper Strömblad (IN FLAMES),Angela Gossow (ARCH ENEMY),Jeff Loomis (ARCH ENEMY, NEVERMORE),Anders Björler (THE HAUNTED, AT THE GATES) and Corey Beaulieu (TRIVIUM).

In total, 18 records are going to be released over the next few years, including the original 2007 version of the "Metal" album.

Founded in 1984, ANNIHILATOR took the metal scene by storm with its debut 1989 release "Alice In Hell", upped the ante with 1990's "Never, Neverland" and has continued a non-stop career-pattern of releasing records and touring with many of the biggest bands in the metal genre (mostly outside North America) ever since; cementing ANNIHILATOR as the biggest-selling metal act in Canada's history.