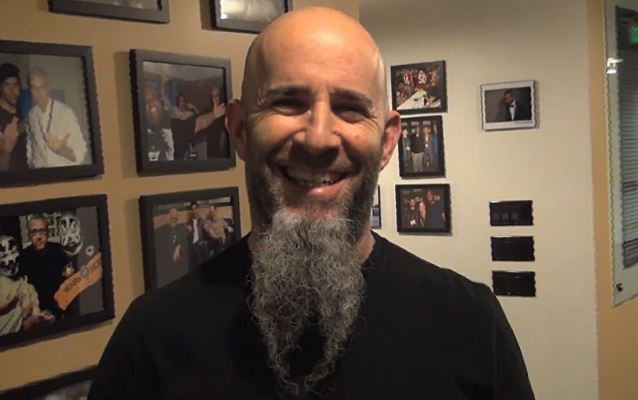 ANTHRAX's SCOTT IAN: 'I Like My Butt Better Than My Boobs'

ANTHRAX guitarist Scott Ian recently took part in the "Loveline High Five", a rapid-fire interview in which he provided off-the-cuff responses to questions that run the gamut from celebrity crushes to posing for Playgirl. Check out the clip below.

On his first celebrity crush:

On the best thing about being Scott Ian:

Ian: "Can you have both? I have to say I like my butt better than my boobs."

On what his first decree would be, if he was king of the world:

Ian: "Ah, man… There's so many things. What would be my first decree? I would abolish all political parties. 'Cause I'd be king and I'd be able to do that."

Ian's autobiography, "I'm The Man: The Story Of That Guy From Anthrax", was released on October 14, 2014 via Da Capo Press, a member of the Perseus Books Group.