ANTHRAX guitarist Scott Ian has partnered with KHDK Electronics for the launch of the Sgt D pedal. Named after the cigar-chewing alter-ego from Scott's mid-1980s crossover thrash project STORMTROOPERS OF DEATH (a.k.a. S.O.D.),the signature boost/preamp pedal is limited to 250 units worldwide and comes in an enclosure illustrated by Kurz Daniel.

David Karon of KHDK says: "Scott knew what he wanted — a ruthlessly vicious pedal that captures his S.O.D. amp tone. Of course, the absolute maniac that he is, he also wanted it to work as a magical booster and make even a shitty $50 amp sound like a monster. He then requested that the pedal have wheels and a built-in drone and follows him around whilst humming the 'Knight Rider' theme, but our engineer Antonin Salva drew the line at that.

"Scott wanted an all-in-one go-to pedal, something that he could use as his amp tone on fly rigs — or just plugging the pedal in front of an overdriven amp so the pedal affects mainly the dynamic response of his tone, the tightness of the bass, and the attack for palm-muting," he continued.

"Anyway, after a few prototypes and reworks, the Sgt D saw the light of day. Scott was incredibly hands-on throughout the process. He literally never detached his hands from his body."

For more information go to this location.

Ian has helped pioneer the soaring sound of thrash metal band ANTHRAX with his crunchy guitar riffs. Over the last 30 years, he has been a constant figure in the world of music, comics, poker, movies and television.

Born and raised in Queens, Ian fell under the spell of KISS early on and as a result, became interested in playing guitar. By the early 1980s, he took to the new wave of the British heavy metal movement, looking up to bands like MOTÖRHEAD, IRON MAIDEN and JUDAS PRIEST. He was determined to form a band in that style and sure enough, more than 30 years ago, he founded ANTHRAX, a band that was to become a thrash metal icon alongside groups like METALLICA, SLAYER and MEGADETH.

ANTHRAX's first release, 1984's "Fistful Of Metal", brought on quite a following and the band soon made a reputation as one of the world's top thrash acts on the strength of classic metal LPs: 1985's "Spreading The Disease", 1987's "Among The Living", 1988's "State Of Euphoria" and 1990's "Persistence Of Time". 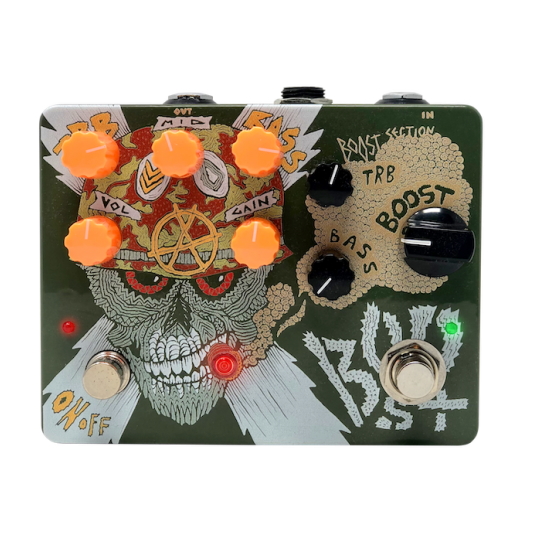