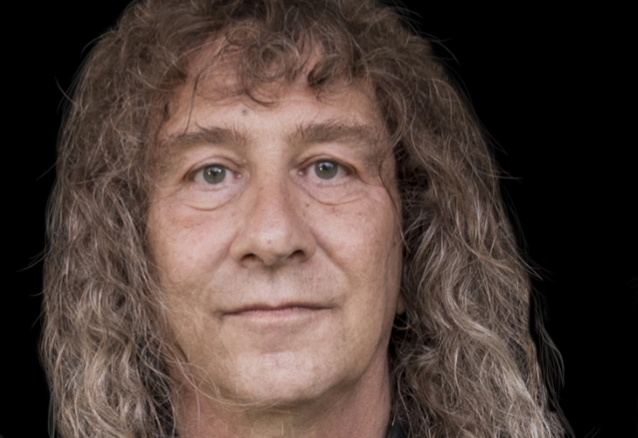 ANVIL's LIPS: 'Being Able To Put Music Out For A Lifetime Is Success'

In a new interview with the uInterview channel, ANVIL frontman Steve "Lips" Kudlow spoke about what keeps him and his bandmates motivated to continue making new music more than 40 years after the group's formation. He said (as transcribed by BLABBERMOUTH.NET): "The motive is not to make millions and millions of dollars; the motive is to make lots of music — lots of music. That's the guy who wins — the guy who writes and records the most albums. That's the guy who wins. It's not the guy who sells the most, because the guy who sells the most could be a one-hit wonder and his whole career was two years long. I've done 45 years. I'm gonna have 20 albums out. I've done real good. That's success. And people can try to add it up in any way you can, having record deals and being able to put music out for a lifetime is success, any way you slice it. No matter how much money you've made or didn't make, it's actually irrelevant. The fact that you've actually written and recorded and released 20 albums, there's a quantity; there's a quantification. That's substantial. That's a body of work. That's a legacy. It's probably gonna be here a lot longer than I am, that's for sure."

A remastered edition of ANVIL's acclaimed documentary, "Anvil! The Story Of Anvil", received its premiere in conjunction with Beyond Fest on September 22 in Los Angeles at the Saban Theater, where ANVIL also performed, along with appearances from surprise musical guests, including ANTHRAX guitarist Scott Ian. This was followed by a question-and-answer session with Kudlow and ANVIL drummer Robb Reiner, producer Rebecca Yeldham and director Sacha Gervasi, moderated by Steve-O from "Jackass".