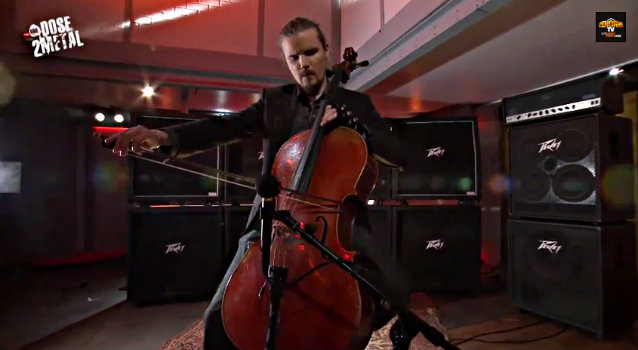 The ground-breaking Finnish orchestral rock group APOCALYPTICA performed on a recent episode of the French show "Une Dose 2 Metal" on L'Enorme TV. Check it the footage below.