ARCH ENEMY has released the official video for its new single, "The Eagle Flies Alone", taken from the band's forthcoming album, "Will To Power", due out on September 8.

Guitarist and band leader Michael Amott comments: "Strangely enough, this is a song I wrote in sunny Mexico last year, but fear not — ARCH ENEMY hasn't gone mariachi on you! On the contrary, this song is steeped in classic metal and melancholic Scandinavian atmosphere. Lyrically, this is an anthemic warcry to all fellow individualists around the heavy metal world. We shot the video with our director Patric Ullaeus in Sweden on the coldest outdoor shoot I can recall ever doing! The end result was totally worth it; it turned out beautifully. I guess sometimes you really have to suffer for the art!"

Co-produced by Amott and drummer Daniel Erlandsson, "Will To Power" was mixed and mastered by longtime collaborator and friend Jens Bogren (OPETH, AT THE GATES, DIMMU BORGIR). The album's captivating cover artwork was designed by Alex Reisfar.

"Will To Power" marks the second ARCH ENEMY album since the departure of longtime singer Angela Gossow and addition of Alissa White-Gluz. It will also be the first ARCH ENEMY disc to feature guitarist Jeff Loomis, who joined the band in late 2014.

Speaking about the songwriting process for "Will To Power", Michael told TotalRock: "The writing never really stops; I'm always fiddling around on the guitar. I come up with a little idea, record it and save it. And then piece it all together later on.

"The actual real writing of the new album, 'Will To Power', started about a year and a half ago," he continued. "We started seriously putting together demos and so forth. So it was a fun process. When you've not recorded an album for two and a half [or] three years, it's really fun to get into that creative mindset again and enter the studio.

"People always ask us: 'Do you prefer being onstage playing shows, or do you prefer being in the studio?' But we're greedy — we want to do both, for the balance. We need to write new songs, and then it's a pleasure to go out and play them live onstage as well, of course."

Asked if White-Gluz and Loomis, were involved in the writing for "Will To Power", Amott said: "Yeah, especially Alissa. She was heavily involved in writing lyrics for the album. Of course, singing on the album. [Laughs] Also, Daniel, our drummer, is a big collaborator in the music as well." 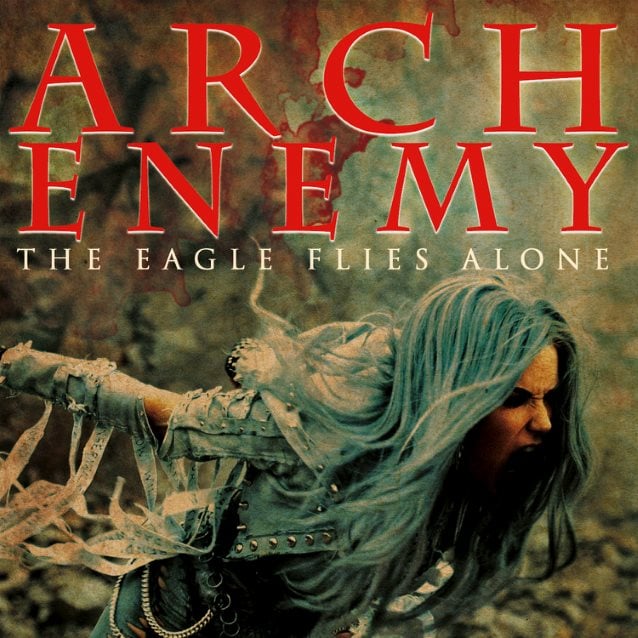