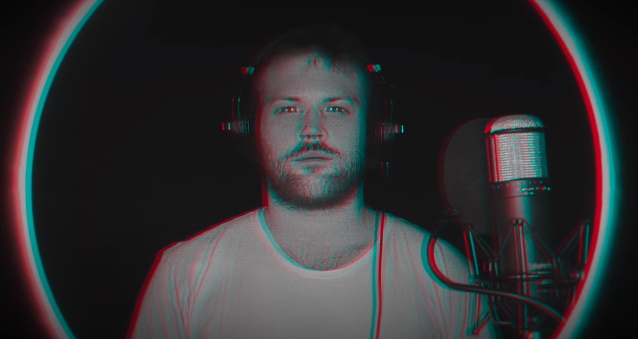 ASKING ALEXANDRIA frontman Danny Worsnop has released his version of Amy Winehouse's "Back To Black" as part of a new series of covers that he has recorded from isolation.

Danny commented: "I wanted to take some time to pay homage to some of the songs and artists that I love and who inspire me, and Amy Winehouse does so in spades. The soul and transparency in her music was always something I was drawn to, and it was a wonderful day spent in her shoes remaking and reimagining one of her greatest works with my own twist.

"Amy, you were a true artist in the purest sense of the word. We were touched by your passion and your uniqueness. Your music forever hold a place in our hearts."

Earlier in the year, Danny released a couple of solo tracks, "Happy" and "Another You".

In a 2019 interview with Rock Sound, Worsnop said that ASKING ALEXANDRIA fans haven't exactly embraced the music he makes as a solo artist.

"No one starts making music so they can be put into a box," he said.

"A lot of people have this shitty elitist view about musicians where they feel like, 'This is the thing that I enjoy about what they do, so this is the only thing they should do.' If you do anything else, it's betraying and besmirching that thing that they like.

"A lot of ASKING ALEXANDRIA fans get really shitty when I do anything that isn't the version of me that they like, so people are either going to understand me a little bit more and take a walk through my journey, or they're not. That's just the way it is."