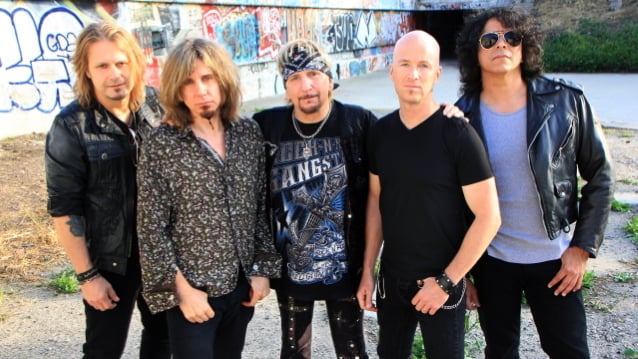 Former GREAT WHITE singer Jack Russell has confirmed to Sleaze Roxx that JACK RUSSELL'S GREAT WHITE is working on material for the follow-up to 2017's "He Saw It Comin'" LP. "We're currently about halfway through the next album," he said. "Unfortunately, with the current climate with this coronavirus, there are some challenges. When Robby [Lochner, guitar] and I get together, we don't even shake hands. You can't say, 'Hey, he's my bro. I can't get sick from him.' You just don't know and I can't take the risk. It doesn't take much to contract the virus and it can kill you. I don't want to become another statistic. The album is coming along, but even with this downtime, its completion has had its fair share of challenges."

JACK RUSSELL'S GREAT WHITE has just released "Once Bitten Acoustic Bytes", a very special acoustic album revisiting GREAT WHITE's 1987 multi-platinum masterpiece "Once Bitten" featuring some of the band's biggest and most recognizable hits, including "Save Your Love" and "Rock Me". Aided by the likes of Lochner (who also produced and mixed the album),longtime GREAT WHITE bassist Tony Montana (now on guitar),bassist Dan McNay and drummer Dicki Fliszer, these songs have been stripped to their emotional core, spotlighting the intensely passionate story at the heart of each song.

Russell explained: "'Once Bitten' is one of my favorite albums that we did. I always wondered what it would sound like done acoustically. The experience recording this unplugged version was really neat. It brought back a lot of memories of the original recording session, things I had forgotten about. Interestingly, the songs that I thought wouldn't translate acoustically like 'Livin' On The Edge' and 'Never Change Heart', the heavier songs, came out the best. Now, I'm looking forward to doing it again for '…Twice Shy'."

JACK RUSSELL'S GREAT WHITE's debut LP, "He Saw It Comin'" was released in January 2017 and featured the singles "Blame It On The Night", "Sign Of The Times" and "Love Don't Live Here". 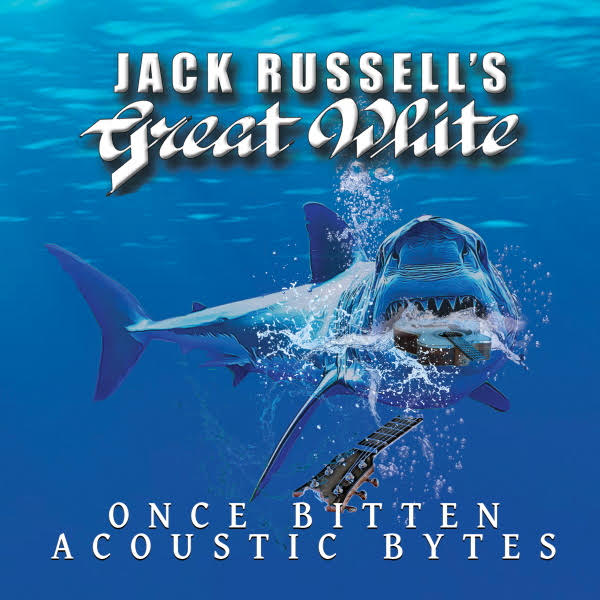