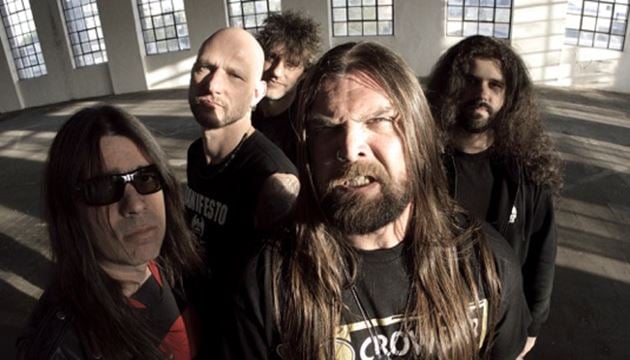 ASSASSIN: New Song 'Back From The Dead' Available For Streaming

German thrash metal pioneers ASSASSIN will release their new studio album, "Combat Cathedral", on May 20. The effort will be made available via Steamhammer/SPV worldwide on CD, limited-edition LP (500 copies only on red 180-gram vinyl + CD) and as a digital download. The cover art was created by Marcelo Vasco, who also worked with SLAYER, MACHINE HEAD, SOULFLY and BORKNAGAR.

The song "Back From The Dead", taken from "Combat Cathedral", can be streamed using the SoundCloud widget below.

Commented ASSASSIN guitarist Jürgen "Scholli" Scholz: "'Back From The Dead' is the opener of the new ASSASSIN studio album, 'Combat Cathedral', and it hits you right in the face. It shows that ASSASSIN are really back, stronger than ever with our new singer."

The twelve songs on "Combat Cathedral" were recorded at the Nemesis Studios in Essen with the support of experienced sound engineer Marc Görtz, guitarist and main songwriter with German metalcore legends CALIBAN. Scholz said: "Marc made sure that the typically earthy and consciously slightly old-school ASSASSIN sound is ever-present on 'Combat Cathedral', enhancing it with a contemporary phat production. A perfect symbiosis!"

The "Combat Cathedral" artwork was created by Brazilian graphic designer Marcelo Vasco, who has previously worked with SLAYER, MACHINE HEAD, SOULFLY and BORKNAGAR, among others.

"Our bassist Joachim Kremer is married to a Brazilian, that's how our contact with Vasco came about," Scholz explained. "We're naturally very proud and happy, particularly since the artwork, together with the new material, documents the band's development."

After founding member and vocalist Robert Gonella left ASSASSIN in 2014, new singer Ingo "Crowzak" Bajonczak joined the group and it turned out that he was the right choice for the band. From the first to the last note, the album contains loads of energy and ultra-heavy riffing, making it clear that ASSASSIN is still at the top of the list of German thrash metal bands. 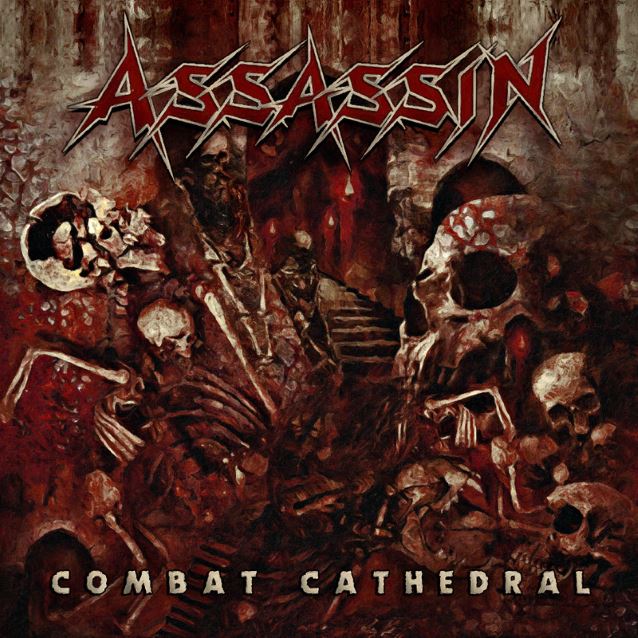